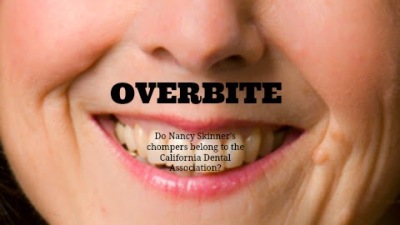 BERKELEY CITY COUNCIL | Two great unknowns existed during the debate last month among Berkeley city council members over the use of mercury amalgam in tooth fillings. Are they really toxic to humans in such minute doses and how did special interest money pressure some council members and a statewide official to stop the city from requiring dentists to better communicate to patients the contents of the fillings plugging cavities in their teeth?

Berkeley Councilmember Jesse Arreguin long charged the California Dental Association (CDA) was unleashing intense lobbying on his council colleagues to dismiss a proposal allowing the city to require dentists to discuss with patients the composition of filings and their options. In fact, the issue over any regulation of mercury amalgam fillings traveled all the way to the State Legislature. The question of whether Berkeley’s resolution is explicitly preempted by state law was supported in an opinion by the State Legislative counsel, while others. Others, like Arreguin, vehemently disagreed.

In the background, however, stood Berkeley’s Assemblymember Nancy Skinner, one of CDA’s go-to legislators and recipient of over $20,000 in campaign finance contributions since she first ran for the Assembly in 2008. Some in Berkeley say Skinner may have interceded with certain Berkeley council members on behalf of the CDA regarding mercury amalgam, which uses the toxic metal to bind other ingredients for creating low-cost dental fillings.

In addition, CDA’s political action committee has also helped build Skinner’s war chest for a run at the State Senate in 2016. Skinner’s separate senate account received $2,000 last June from CDA, according to campaign finance reports. In all fairness, the dental industry lobbies many statewide elected officials, but not all of them sit on the Business, Professions and Consumer Protections Committee, which has jurisdiction, in part, over occupational medical licensing in the state.

In three campaigns for the Assembly since 2008, Skinner received $18,900 in campaign donations from CDA. During her most recent campaign in 2012, the PAC reached the $7,800 funding limit to a single candidate. Despite no credible competition over her past two races and running unopposed during her initial Assembly run, Skinner’s Assembly account amassed $560,382 in campaign contributions. Her newly created State Senate account maintains $63,433, according to the most recent campaign finance reports released last August.

There are good reasons why Skinner may be vulnerable to special interest pressure, say some in Berkeley. Sandre Swanson, who termed out of the Assembly in 2012, and currently serves as Oakland Mayor Jean Quan’s deputy mayor, is also a prime candidate for the senate seat in two years. Both Swanson and Skinner share the same progressive base and feature similar political resumes. Swanson even made loud rumblings in 2012 that he would challenge State Sen. Loni Hancock’s bid for re-election, but later relented. It is widely believed Swanson was tacitly promised the Democratic Party’s endorsement in 2016, if he dropped his bid last year for what would have been a costly and bloody intraparty race.

In addition, there is likely a third highly-qualified Democrat who could enter the race for 2016. Earlier this year, Alameda County Supervisor Wilma Chan more than hinted she also has eyes on the State Senate. The upper house of the Legislature has eluded her twice in the past. Chan, like Skinner and Swanson, also served with distinction in the Assembly. With Skinner, Swanson and Chan among the available choices in two years, special interests like CDA may enjoy the leverage of having three excellent options to aggressively manipulate candidates against each other with promises of campaign dollars in exchange for them supporting their special interests.