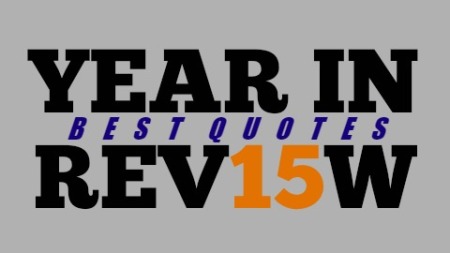 2015 YEAR-IN-REV15W | Over the past six years, the annual East Bay Citizen collection of the best political quotes have shown a distinct pattern in odd years–notably, non-election years like this one. The most unique utterance often leans toward the absurd. This year’s top quote (revealed below) absolutely fits the bill and encompasses one East Bay elected official’s tumultuous first year in office. Furthermore, the oddball comment pushed most local officials and political junkies to respond in the same way: WTF?! Before you learn the Best Political Quote of 2015, here’s a list of some of the best from the year’s past:

“#fuckingidiot”
-Oakland Councilmember Dan Kalb attaches the hashtag to a news report on comments presidential candidate Rand Paul made against vaccinations. The tweet is applauded by his followers.

“Nobody said that this would be easy.”
-Oakland Mayor Libby Schaaf as her microphone malfunctions at the start of her State of the City address in October, but it could just as easily describe the job of being mayor.

“You can’t blame the white man for that one.”
-Oakland Councilmember Noel Gallo voicing opposition to Desley Brooks’ proposed Race and Equity Department. Gallo said previous councils with minority-majorities did nothing to help build equity in the city.

“Maybe I shouldn’t say that.”
-Oakland Councilmember Larry Reid after saying he goes to San Leandro to walk his dogs because it’s too dangerous in his East Oakland district.
OAKLAND STADIUM SAGA

“When I want a house built, I don’t ask the City of Oakland to give me a check.”
–Dr. Death AKA Ray Perez, the costumed Raiders superfan, at the NFL town hall in response to the team’s intransigence toward funding it’s own stadium in Oakland.

“We’re not dating, but we sure like this guy.”
-Oakland Councilmember Lynette Gibson McElhaney says of ill-fated Coliseum City developer Floyd Kephart in March. The courtship was not consummated.
“There’s still hope, but also a door open for us to negotiate before we kiss and say goodbye.”

–Noel Gallo, assessing the city’s chances of finding an amicable funding solution for keeping the Raiders in Oakland.

“I don’t get why no one wants to talk about this racist Nancy O’Malley?”
–Elaine Brown, Civil Rights icon and former Black Panther, referring to the Alameda County district attorney during a special Oakland council on police and the community.

“Accountability for the sheriff is the most important job you have and you don’t do it.”
-Oakland resident Susan Harmon to the Alameda County Board of Supervisors in September during a hearing over the sheriff’s desire to purchase an upgrade to its cellphone surveillance device.

“I’m perplexed why he’s running. It’s baffling to me.”
-Alameda County Supervisor Nate Miley on Port of Oakland Commissioner Bryan Parker’s decision to run against him in 2016.

“Rosa Parks did not shut down
an entire transit system for hours.”
-BART Director Rebecca Saltzman, on Twitter, responding to a push by Black Friday protesters to have their charges dropped after shutting down BART on Black Friday 2014. She later apologized.
ALAMEDA/RENTAL CRISIS

“Madame Mayor, I need you
to get control of the chamber.”
–John Russo, Alameda’s now former city manager, in response to repeated interruptions by a supporter of the mayor during a March council meeting.

“I’ve given everything to Alameda. I found you and I feel like I’m being asked to leave.”
–Linda Weinstock, a seven-year resident of Alameda, expressing fears to the Alameda City Council that she will be evicted from her apartment.

“Alameda is very unappreciative.”
–Matt Sridhar, the head of the equity firm that usurped Alameda’s 65-day moratorium on rents and eviction by using a loophole in the ordinances to evict 33 families from their apartments.
HAYWARD

“That place made me what I am today.”
–Tom Hanks, in a lovung ode to his alma mater Hayward’s Chabot College in an opinion piece for The New York Times.

“Maybe we can start a stay-at-home,
work-at-home, skip-a-shower day?”
-Hayward Mayor Barbara Halliday jokes in April about a solution to the city and state’s continuing drought.

“Do they need somebody to hug them?”
–Francisco Zermeno, a Hayward councilmember known for odd comments about helping the homeless, adds another in September during a meeting on homelessness in the city.

“It is a shame that Bachelor Chris & Whitney broke up.”
-Assemblymember Bill Quirk, a known fan of the The Bachelor, reacting to news of the break up of two former winners.

“The resilience that I have is not just because I was born in Philadelphia and grew up watching Rocky movies.
-Democratic congressional candidate Ro Khanna in a speech announcing in May his bid for a rematch next year with Rep. Mike Honda.
“Running for public office should always be focused on a debate of ideas and values that will help our community and not tear us apart.”
–Susan Bonilla announcing in October that she will not mount a challenge in 2016 against Steve Glazer for the Seventh State Senate District. Glazer beat Bonilla last May in the special election.
*****
QUOTE OF THE YEAR
“I have many Filipino friends. Our children grew up… eating rice — white rice!”
-Alameda Mayor Trish Spencer in June addressing a sister city delegation from the Philippines. The extemporaneous comment causes embarrassment and highlights her rocky first year in office. Listen to the entire cringe-worthy “speech” below.
PAST WINNERS
2014 – Libby Schaaf. ““It’s hella time for leadership in Oakland.”
2013 – Tori Campbell. “Captain Sum Ting Wong, Wi Tu Lo, Ho Lee Fuk and Dang Ding Ow.”
2012 – Pete Stark. “If I we’re a lawyer–I would call that bribery, but I’m not a lawyer, so I’ll let Mr. Swalwell define what he thinks taking all this money from people he gave special zoning privileges is.
2011 – Ken Pratt. “I nominate her [Jean Quan] the queen of residential blight.”
2010 – Bill Lockyer. “I’m just a volunteer.”
2009 – Pete Stark. “Well, I wouldn’t dignify you by peeing on your leg. It wouldn’t be worth wasting the urine.”