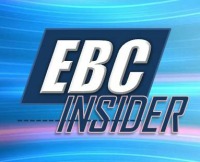 WHEN A FEW DROPS OF BLOOD from a protesting renter hit the floor at City Hall in November 2015, something seemed to have changed in Alameda’s politics.

A grassroots renters group flooded City Hall that night urging the council to enact an ordinance with strong rent control restrictions, but some of the renters wouldn’t take no for an answer and attempted to storm the room in an effort to briefly “occupy” the chambers. There was yelling, a cop was pushed, a city department head broke his hip, and one man’s face was smashed to the ground leaving a round smear of his blood on the ground.

There was unanimity in the local media’s reaction: “Protests in Alameda?” said one anchorman. To others, the scene was something that only happens at the more raucous Oakland City Council chambers, surely not pastoral Alameda.

In the subsequent year and a half, a number of other actions precipitated by an organized and very active grassroots, along with a new council majority and, of course, the presidency of Donald Trump, have turned Alameda into one of the most unlikeliest hot beds of progressive action in the East Bay.

While the groundwork in Alameda has been laid by progressive groups like the Alameda Renters Coalition and other burgeoning local progressive groups, the pivot point to the city’s newfound lefty bent may have came with the election of Councilmember Malia Vella. Her election last November gave the City Council a reliable three-person majority on most progressive issues. However, Vella has proven more than willing to step on the gas when it comes to progressive causes.

Just this year, at the behest of Vella (and in some cases Councilmember Jim Oddie), the Alameda City Council passed a sanctuary city resolution just prior to Trump’s inauguration. Its urgency appeared prescient once Trump moved quickly to stoke fear in immigrant communities. This month, she urged for a resolution protecting refugees and made the initial moves that could ultimately led the city to divest roughly $36 million in business it does with Wells Fargo as a protest against its corporate malfeasance and other environmentally unfriendly investments. Now, the council could be on the path to following Richmond in approving a resolution this week that asks Congress to file article of impeachment against Trump.

It’s a dizzying amount of progressive action for an island community known in other parts of the Bay Area as a quiet, suburban hamlet on the bay typically more comfortable not being seen when it comes to politics. But there was already some indications suggesting Alameda’s leftward move, of course, in hindsight.

Alameda voters were clearly energized by the presidential campaign last November. A whopping 80 percent of Alamedans cast a ballot in the last election and a vast majority backed Hillary Clinton. And, despite grumblings about public safety union s from an increasingly aging and dwindling number of residents colloquially known as conservative “Old Alameda,” candidates backed by the progressive and well-funded firefighters’ union have consistently won elections in Alameda over the last decade.

And even though Measure M1, the renters-backed rent control initiative was trounced at the polls last November, the competing Measure L1, itself a limited form of rent control, succeeded, suggesting again that Alameda is trending left not just today, but with changing demographics that skew younger and more diverse, maybe for the next generation.

Taken together, Alameda’s stark shift to the left should be of deep concern for Alameda Mayor Trish Spencer, who is not particularly liked by progressives and the Democratic Party establishment. She is up for re-election in 2018. Her colleagues on the City Council are taking note and, at least two, are contemplating a challenge against Spencer. Furthermore, if the political winds shift a certain way, even all four councilmembers may be inclined, at some point in the next year, to harbor designs on taking her seat.

3 thoughts on “Since when did Alameda become an island of progressive activism?”