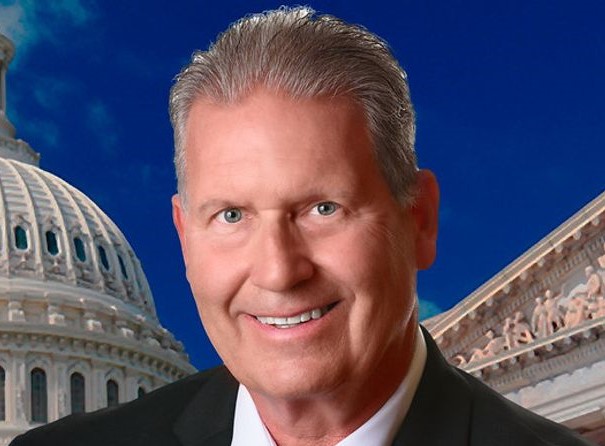 Last month, a disgruntled voter in Castro Valley tried to cut 15th Congressional District Republican candidate Rudy Peters with a switch blade. The assailant did not succeed and was arrested. But now comes the unkindest cut of all.

Peters says the Contra Costa County Registrar of Voters neglected to include his 250-word ballot statement in the November voters guide sent recently to all registered voters, even though he paid in full for a spot in the election guide.

Contra Costa County Assistant Registrar Scott Konopasek confirmed the office mistakenly excluded Peters for its voter guide despite the candidate paying $677 in August for inclusion in the booklet. In many cases the ballot statement might be the only chance for some candidates to speak directly to voters.

A supplemental edition of the voter guide including Peters’ ballot statement was sent out Wednesday, said Konopasek, who said the office feels embarrassed about the mistake. It’s not clear how much the extra printing and mailing will cost Contra Costa taxpayers.

Voters should be receiving the voter guide in mailboxes this week with the supplemental portion arriving soon after, said Konopasek. The additional instruction given by the registrar to voters to place the supplement into their booklet might actually give Peters more exposure, he added.

But Peters is not taking any solace from the flub. “I’m pissed. I’m devastated,” said Peters “I think it will cost me tremendously.” Based on his experiences at the ballot box, said Peters, he has often relied on the ballot statements contained in the voter guide to make snap decisions because he was to busy to properly study the candidates.

Peters did not pay for a ballot statement in the June primary because of its exorbitant cost. Nonetheless, he finished second in the top two primary to Rep. Eric Swalwell.

He said he took “a lot of flak” for not having ballot statement in the June primary, with some questioning whether his was viable because of the omission from the previous voter guide.

Since the 15th Congressional District is split between Contra Costa and Alameda Counties, Peters spent $10,017 to be included this November in Alameda County’s voter guide.

Peters said he wasn’t necessarily surprised by the mishap. Shortly after paying for the November ballot statement last July, he received a call from Contra Costa County registrar’s office asking him for payment.

He presented his proof of payment and believed the matter was settled until receiving notice this week from supporters in Contra Costa County that his statement was not included in the voter guide. Konopasek also confirmed the exchange that occurred during the summer.

As a first-time candidate, Peters said he can’t understand why the voter guide isn’t free in the first place. It also greatly favors incumbents like his opponent, Swalwell, who can easily absorb the costs of the voter guide, he added.  Swalwell’s campaign boasts a war chest of more than $1 million. Peters said he has not raised any money for his campaign.