Hayward Councilmember Marvin Peixoto’s re-election coffers received a boost Tuesday after he loaned $18,000 to his own campaign.

The quick injection of cash, however, only adds to Peixoto’s already significant campaign debts. Following council campaigns in 2008, 2010 and 2014, Peixoto had amassed $50,300 in loan debts, an amount uncommon for local politician, especially one held for so long. 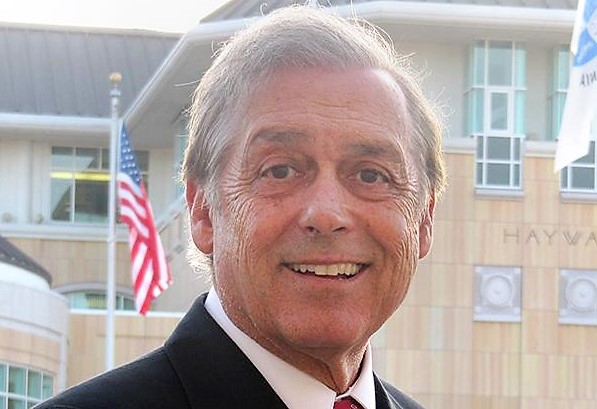 Over the years, he has paid down only a small portion of the first two loans by a cumulative amount of $5,200.

This latest loan represents a figure much larger than all the contributions he has received this year. During the most recent campaign finance filing period between July 1 and Sept. 22, Peixoto reported just $5,496 in total contributions, giving him a total of $12,915 in donations for the calendar year.

Although Peixoto has never been known to be a strong fundraiser, his lack of campaign cash has not proven to matter much during his past two elections. Peixoto was the top vote-getter in 2010 and placed a strong second four years later in winning re-election.

But the move Tuesday, coming three weeks before the Nov. 6 General Election, is also a sign that Peixoto’s campaign is feeling pressure from the insurgent candidacy of Aisha Wahab, a first-time candidates who has raised more than $47,000 this year.

Peixoto, along with Councilmember Sara Lamnin are seeking the council’s two at-large seats next month.