Hayward Councilmember Aisha Wahab is proposing a citywide equal pay for equal work ordinance. She made the referral at the end of the council’s first meeting of the year Tuesday night. 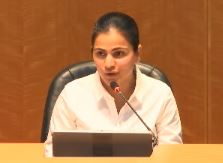 “To me, we need to pursue any form of discrimination and correct it. This made sense to me as we know women and women of color are paid significantly less than men,” said Wahab, who was elected last November. “Economic independence is a priority for me. In areas with a high cost of living, it is even more important.”

The council directed city staff to study the issue and also referred it to the City Council Economic Development committee, which consists of Mayor Barbara Halliday, Councilmembers Francisco Zermeño and Mark Salínas.

Although statewide laws supporting equal pay exist, the California Fair Pay Act, signed by Gov. Jerry Brown in 2015, expanded the right to different job titles and even locations, while bolstering protections from retaliation from employers

It is unclear how much women working in Hayward make as compared to men. Nationally, the average is 77 cents to every dollar earned by men. In California, women make an average of 84 cents per $1 earned by male counterparts.