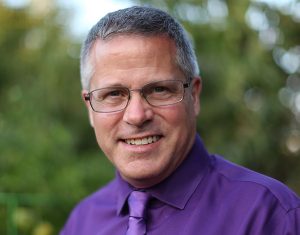 Fremont Councilmember Vinnie Bacon may soon attempt what no other has been able to accomplish in the East Bay for more than a generation–unseat an incumbent countywide elected official. Bacon told the East Bay Citizen Tuesday night that he is contemplating a challenge against Alameda County Supervisor Scott Haggerty next year.

“I’m seriously considering it,” said Bacon, who is termed out of the Fremont City Council in 2020. He has served on the council since 2012.

In an interview, Bacon delivered a jab at the irascible supervisor by noting Haggerty is a long-time member of the Metropolitan Transportation Commission, yet “people are suffering with traffic in the Tri-Valley as much as we are in Fremont,” said Bacon, hinting at a possible campaign platform for the 2020 June primary.

The power of the incumbency among Alameda County officials has been impenetrable for more than three decades.

During Bacon’s tenure on the Fremont City Council he is generally been known as a progressive. Last July, he led the effort to raise the city’s minimum wage. But he is most known for his long-standing pledge against accepting campaign contributions from developers.

Bacon added he will make an official announcement on whether he intends to run or not in coming weeks. Doing so early will allow his campaign to begin the critical task of fundraising.

The Alameda County Board of Supervisor’s District 1 seat includes a majority of Fremont, where both Bacon and Haggerty (pictured below) reside; Dublin; Livermore; part of Sunol; and the unincorporated areas of the Livermore-Amador Valley.

The power of the incumbency among Alameda County officials has been impenetrable for more than three decades, in part fueled by a culture of promoting and positioning hand-picked replacements to countywide offices and the absence of term limits.

In recent years, well-funded candidates like Bryan Parker, who mounted what appeared to be a strong campaign in 2016 against Alameda County Supervisor Nate Miley, and Pamela Price last June against Alameda County District Attorney Nancy O’Malley, have fared poorly at the ballot box. Both Parker and Price lost by 20 percentage points or more.

But unlike Bacon, neither had experience in holding local office nor did they have a reliable base of voters to build their campaign upon.

Further bolstering Bacon’s chance is the fact Haggerty, like O’Malley last summer, has virtually no experience on the campaign trail. Despite serving on the Board of Supervisors for 22 years, Haggerty has amazingly never even faced a primary opponent, except during his first campaign in 1996.

Haggerty was once a registered Republican before famously switching his party affiliation to Democratic in 2009, a factoid that could be used against him next year. Among the five-member Board of Supervisors, Haggerty, along with Miley, are typically viewed as its most moderate-to-conservative members.