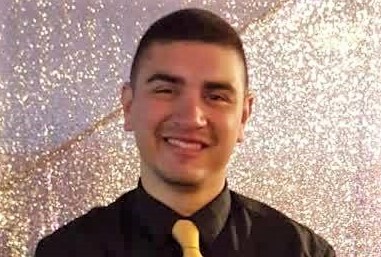 Agustin Gonsalez had battled with mental illness for some time before Hayward police shot him 13 times during an incident last November. Police were summoned after Gonsalez, alleged to have a knife, got into an altercation with another man. With Gonsalez’s hands clasped at his knees, a Hayward police officer opened fire seven seconds after arriving on the scene. Gonsalez was later pronounced dead. The reported knife turned out to be a razor blade, according to police.

“We knew he was battling with depression,” said Lourdes Garcia, Gonsalez’s aunt. “We knew he was cutting sometimes. When they said razor blade, we knew exactly what was going on.”

The family filed a wrongful death suit against the Hayward Police Department on Feb. 8. Several family members and advocates continue to question the police officer’s decision to discharge his weapon so quickly and whether the department is properly trained in de-escalation tactics for the mental ill.

“I don’t know what you’re going through, but I’m going to help you get through this.”

But the family says Gonsalez was involved in a similar situation in Downtown Oakland just five months prior. In this case, two Oakland police officers aided Gonsalez during the episode and took him to the hospital for care, they said.

“They found him in the street. He had the razor out and he was cutting himself,” said Garcia. “Somebody called an officer to the scene. One sat next time him, the other stayed back, obviously to see if something might happen.”

The officer told Gonsalez, “I don’t know what you’re going through, but I’m going to help you get through this,” the officer recounted to Garcia, before asking for the razor blade and taking Gonsalez to the hospital. “No fight. No nothing,” Garcia added.

Garcia, her sister, and Gonsalez’s father were alerted that Agustin was acting belligerently in the early morning hours on June  22, celebrating his birthday  at The Legionnaire Saloon, a Oakland nightspot. “We all looked around the streets of Oakland searching for him,” said Garcia.

Unable to locate him, the next day they called all the hospitals in the area and located Gonsalez at Kaiser Permanente in Oakland.

“We saw the bandages on his arms,” Garcia said of the damage Gonsalez had done to himself the night before. Gonsalez recounted what he could remember from the incident, which police confirmed with additional details, she said.

Critical of Hayward Police’s handling of the shooting and its aftermath, Garcia said the difference between the two departments is simple. “The difference is Hayward PD gave him seven seconds, the others talked to him. They assessed the situation.”

Garcia says the family believes another incident similar to Oakland PD’s interaction with Gonsalez also occurred in another East Bay city, but the details are not clear. A request for information from the Oakland PD is pending.

‘Road to recovery is uncertain’: DeSaulnier is stable, remains in critical condition