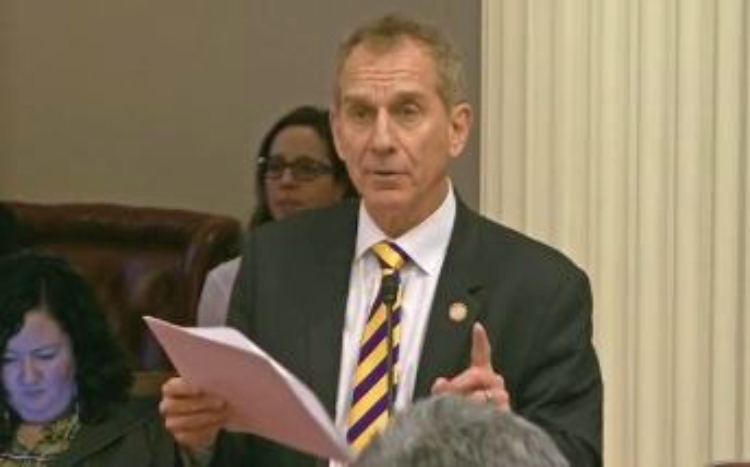 Most acknowledge California’s recycling system is in crisis as the market for all types of refuse is disappearing. Nonetheless, a bill authored by state Sen. Bob Wieckowski that would put the onus on the beverage industry to run the state’s recycling program, failed in the State Senate Wednesday.

Senate Bill 372 also put in some peril Wieckowski’s bid for the Alameda County Board of Supervisors seat he is seeking in the upcoming March primary. District 1 includes Livermore, which has a burgeoning wine industry.

Wieckowski, however, pulled no punches on the State Senate floor on Wednesday.

“Let’s finally step up to the wine industry and make them be the environmental stewards they claim to be,” Wieckowski said. No carve outs for special interests were included in the bill, he added.

“We can continue to succumb to well-heeled special interests and do nothing and let a failed program fail,” Wieckowski said. “We continue a system where the wine industry, curbside waste haulers, and distributors continue to receive special favors from us at the expense of the consumers, or we can finally put consumers first.”

Under current law, the state’s redemption fee on beverage containers is used to fund the its recycling program. When a customer remits the containers at redemption centers, they typically receive half the fee in return.

But because of China’s new policy to restrict the importation of recycling materials, many redemption centers have closed and local cities, including several in the East Bay, have struggled to keep low monthly recycling bills for residents.

In addition, because wine and beer bottles are exempt from the program, money to pay for other recycling is being left by the wayside, state Sen. Nancy Skinner said.

But Wieckowski’s colleagues disagreed. The final vote Wednesday was 17-10, four votes shy of passage to the Assembly. Wieckowski and Skinner voted in support, while fellow East Bay Democratic state Sen. Steve Glazer did not register a vote.