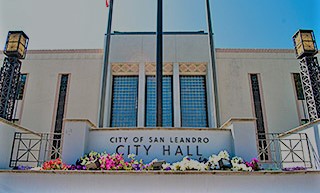 Last week, the San Leandro City Council approved the appointment of Guillermo Elenes to its planning and zoning adjustment commission. But after dozens of social media posts by Elenes using an acronym for the phrase "All Cops Are Bastards" later emerged, he was asked to step down on Wednesday. Elenes had not yet been sworn-in … END_OF_DOCUMENT_TOKEN_TO_BE_REPLACED