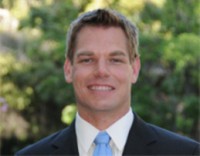 ELECTION ’12//CONGRESS 15 | Eric Swalwell, Rep. Stark’s Democratic challenger in the 15th Congressional District, may have been bitten by the hand that is feeding his hopes of upsetting the 40-year House veteran—right wing conservatives. But, do they know what Swalwell thinks of them?

The New York Times reported a scene surely to warm the hearts in Stark’s camp, who is going to great lengths to portray Swalwell as the least liberal of the two candidates. In the scene, a crotchety Tri Valley voter opens his door to Swalwell, However, before the young Dublin councilman can get out his message, the man immediately shuts the door, but not before telling Swalwell, “I’m a Tea Partyer–I’m voting for you.”

Swalwell’s courting of conservative votes in the Tri Valley is well known, but less so is disparaging comments he has made, notably in vastly more liberal parts of the district. During a Latino-themed appearance in Hayward earlier this month, Swalwell told the group he hopes members of the Tea Party are “cycled out” out of Congress.

The exchange in the Times is a gift for Stark’s campaign team who has seized every opportunity to equate Swalwell with Republicans since noted labor leader, Sharon Cornu, came on board this summer. Cornu has attempted to create linkage between the Rep. Paul Ryan budget plan and Swalwell as well as charging him with swift boating Stark with the flimsy assertion he supports Citizen United.

Swalwell may have received the vote of another Tea Party supporter, but how many staunch progressives in Hayward did he lose with the undivided support of right wing ideologues?