AD20 Preview: A Sturdy Quirk Hopes To Fend Off A Closing Sprinter 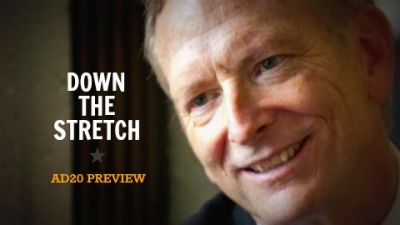 The Sport of Kings is a good analogy for the race for the Hayward-dominated 20th Assembly District. Former Hayward Councilman Bill Quirk is a sturdy thoroughbred that favors running a race from the front of the pack. Such horses, however, tend to fade at the end, often at the hands of a sprinter hiding within the pack who bolts outside on the final back stretch for a thrilling multiple-lengths victory. Good thing for Quirk where talking about the torpid State Assembly and not the Kentucky Derby.

[LISTEN TO THE PODCAST!]

Quirk is attempting a second wire-to-wire victory next week following his strong, but uneventful primary win last June. Maybe it was the competition that failed to intrigue the old war horse in spring? He still notched first place with 30.3 percent of the vote just by flying the flag of the Democratic Party’s imprimatur. At times, it seemed like Quirk was merely participating in a light workout, while his four other competitors were biting and clawing for place. Here’s how they finished win, place and show:

Ong, though, is that spindly forgotten race horse that will not quit, the kind who blows by unsuspecting competition at the wire. No other candidate in the East Bay caught a greater wave of momentum in late May more than Ong. Whether it was her infamous live plant giveaways or pot holders or being the beneficiary of one of the largest outpourings of independent expenditure money of any candidate in the state, she solidified her position as the second place challenger and gave Quirk’s campaign a bit of a scare coming less than five points behind the expected favorite. And guess what? It’s happening all over again.

Special interests in the medical fields may come close to showering Ong with $700,000 in uncoordinated expenditures. Residents in the 20th are seeing it everyday they walk to their mailboxes. PG&E bill, Martha Stewart magazine, mailer from Ong, another from Ong, yet another from Ong, one from Mary Hayashi, one for Proposition 30, birthday card from grandma and one more Ong mailer.

Quirk easily won Hayward by nine points last June over Ong, along with Fremont and the unincorporated areas, including Castro Valley, both by four points. If there is an opportunity for Ong to upset Quirk it will have to come from south of his Hayward base of support. Let’s look at the results in Union City for a snapshot, along with the potential of the district’s swath of Fremont making an impact in this race.

It seems Union City Mark Green is going to be kingmaker in two local south county elections. Not only potential providing the keys to victory for Assemblywoman Mary Hayashi in their Alameda County Board of Supervisors race, but maybe in the 20th where he finished a middling third last June.

The problem, though, is Union City is not a huge portion of the district, around only 15 percent of registered voters, but it’s a start. Union City’s demographics are more important here along with their similarities to nearby Fremont. Quirk’s performance in Union City was also easily his worst in the district. This time around, Ong won the important support of Green, a popular long-time mayor and former opponent. That’s big, but not as important as the area’s large Asian American population. The entire district is dominated by Filipinos, Chinese and South Asians and those groups belong to Ong.

Although, the breakdown in Fremont is almost identical to the final numbers, there is a method to Ong’s madness when it came to rhetorical bursts supporting the poor and immigrants at the same coming out against Prop. 30, the governor’s sales tax initiative. The independent Green and Republican Luis Reynoso represent 36 percent of Fremont’s primary vote that are not likely to move into Quirk’s column next week. This presents an interesting and very real opening for Ong to gain ground.

However, like the primary, Quirk is steaming full-speed ahead without much finesse, but leading the pack nonetheless with Alameda County Democratic Chair Robin Torrello simply bringing out the whip for the final few lengths. For Quirk, it’s Party or no party come Tuesday night.