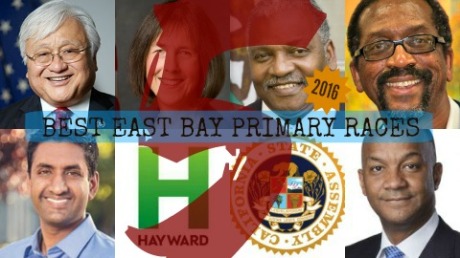 ELECTION16 | The rise of Republican Catharine Baker in the Tri Valley’s Sixteenth Assembly District as a competent and potentially very effective legislator appeared to have flummoxed the local Democrats in Contra Costa and Alameda County.

With every rock in the region seemingly turned over in search of a suitable challenger to the first-term Republican, one was finally found in Cheryl Cook-Kallio, a former Pleasanton council member. Others may also enter the primary race, but Cook-Kallio may be best suited to face Baker in November, which is pivotal since this contest may be tilted by greater presidential turnout and thereby sensitive to whom is the GOP’s nominee, the more reactionary the better for the Democrat in Sixteenth District.

Cook-Kallio was seen as the more liberal edge of a very conservative Pleasanton City Council. In fact, Pleasanton is by far the most conservative city government in the entire East Bay. But, being liberal in the Tri Valley is far different than holding the ideology anywhere else. But like, Baker, who is a moderate conservative, the push to the middle perfectly meshes with this district’s beliefs and demographics. State Sen. Steve Glazer personifies this new normal involving more than a straddling of both sides of the political spectrum, but a devout independence from either party.

Baker is also part of a new wave of California Republicans. This became clear this year when the party allowed Baker to vote outside of the caucus on issues like the contentious vaxxer bill. She voted yes. In addition, most observers, even profoundly progressive ones, admit Baker has been a pleasant surprise in Sacramento. Those compliments assuredly will subside during the primary season.

Remember this part of the outer East Bay is where the big-money scourge of independent expenditures attack and fill your mailbox (and, by extension, your recycling bin) with hit pieces. If the race is perceived to be close enough, they will swoop in. Labor will find Cook-Kallio attractive and unlike the other losers in the area over the past two years—Tim Sbranti and Susan Bonilla—she is no shrinking violet.

Her willingness in 2012 to stay loyal to Rep. Pete Stark in his race against then-Dublin Councilmember Eric Swalwell cost her. The aftermath put her in Swalwell’s dog house. It will be interesting to see what Swalwell does in this race. In the past few months, he has appeared in joint public events with Baker and they even co-wrote an opinion piece on regional transportation.

Nevertheless, the biggest obstacle in front of any challenger is overcoming, absent any clear missteps, the thinking some voters may have for giving the freshman legislator another two years to continue what she has started.