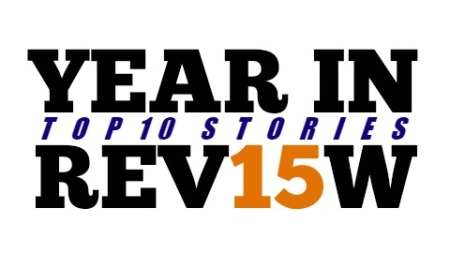 YEAR-IN-REV15W | This may not have been the most eventful year in East Bay politics, but aside from some ill-mannered moments, 2015 was totally positive. Activists fighting for social justice and fair housing registered major victories. On several occasions, a few of the year’s biggest news stories appear destined to act as opening acts for greater exposure in 2016. Among them, the rent crisis, allegations against Rep. Mike Honda, cannabis and the Raiders stadium saga will shape the coming year. Meanwhile, here are the Top 10 East Bay news stories of 2015:

10 | Steve Glazer wins expensive 7th State Senate District special election
It was the only election that mattered in 2015 and included more than $7 million in special interest spending. Glazer failure in 2014 is rewarded with a decisive 10-point win over Susan Bonilla.

9 | Raiders reveal plans for moving to Carson, Calif.
Oakland and Alameda County officials appeared caught off-guard by the sudden announcement the team had secretly joined the San Diego Chargers for a stadium project in SoCal. The end of this story is still pending in January.

8 | Hayward superintendent attacks two school board members
Popular Superintendent Stan Dobbs apparently couldn’t take the line of questioning from Board Trustees Luis Reynoso and William McGee, so he lashed out. Two police reports were filed, but Dobbs received no official rebuke for his actions.

7 | Oakland CM Desley Brooks alleged assaults former Black Panther Elaine Brown
There were fisticuffs in Oakland too after Brown, 72, lodged a $7 million complaint charging assault and elder abuse against Brooks, 54, for alleged pushing her to the ground following an argument in a restaurant.

6 | Asm. Rob Bonta’s medical cannabis dispensary regulations signed into law
Medical cannabis has been legal in the state for nearly 20 years, but without significant regulations for dispensaries until a package of bills offered by Bonta and three other assemblymembers was approved by Gov. Jerry Brown. The bills set the stage for likely expansion of cannabis laws next year.

5 | Housing crisis erupts in Alameda and Richmond
An Alameda renter was bloodied and arrested by police, a moratorium was passed by the City Council and quickly undermined by a landlord and anxieties over rising rents and eviction soared. Richmond passed rent control measures which are later repealed by a landlord group’s petition. Both cities are destined to be battlegrounds for rent control in 2016.

3 | May unrest in Oakland leads to Schaaf’s ban on nighttime street protests
Marauding protesters cause property damage in Downtown Oakland while also torching vehicles at a car dealership. The incident leads Mayor Libby Schaaf to institute a ban on nighttime street protests. Demonstrations on the sidewalk are okay, but protesters resist and ultimately the police do as well. Most believe the ban is unconstitutional, anyways.

2 | House Ethics Committee suggests Rep. Mike Honda violated House rules
It’s a report that forcefully rattles the forthcoming congressional rematch between Democrats Rep. Mike Honda and Ro Khanna. Although the investigation will continue into whether Honda’s congressional office commingled work with his previous campaigns, the report clearly suggests the answer is yes. The finding is a early blow to his re-election campaign next year.

Nevermind, the inherent problems with the ride-hailing company’s business model, but Uber’s expansion to the former Sears building on Broadway in 2017 is a huge shot in the arm not only to Mayor Schaaf’s administration, but the downtown business corridor, the image of Oakland to the outside world and punctuates Oakland’s rapid renaissance. For now, it’s the feel-good story of the year, but it’s long-term ramifications are yet to be seen.