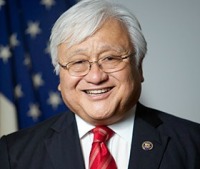 Last week, Khanna seized upon a growing narrative asserting Honda’s traditional Democratic support is beginning to make a beeline to his campaign. Following the announcement last Wednesday of the support for Khanna from the 63,000-strong Laborers’ International Union of North America, Honda’s campaign was fairly quiet.

Two days later, though, Honda’s campaign bemoaned the loss of support, but reiterated his strong record among labor unions. The statement, however, appeared like a flailing attempt to plug a major leak. “It is unfortunate that an organization committed to advancing the rights of working class men and women would stand with someone who has never had a track record that benefits the working class,” said the Honda campaign.

“Mike Honda has been a tireless and effective champion for his constituents,” Harris said in a statement. “From improving public safety, fighting to end human trafficking, and ensuring the civil rights of all people are protected—Mike has always been there. Silicon Valley needs Mike’s continued leadership in Congress, and I look forward to continue fighting with him for our state.”

The sudden wholesale announcement of endorsement more than suggests Honda’s campaign viewed last week’s loss of a labor endorsement as a significant hit. Typically a roster of endorsements such as Honda released Monday would be better unveiled in a piecemeal fashion, possibly to build momentum at a precise time during the campaign or to blunt, say, negative news that may arrive regarding Honda’s ethics investigation. Instead, they were forced to go for broke.