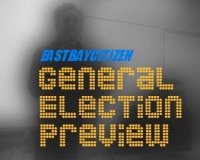 MEET THE CANDIDATES
This five-person race is led by the incumbents. Councilmember MARILYN EZZY ASHCRAFT was easily the leading vote-getter four years ago with nearly a quarter of the vote. She supports smart growth at Alameda Point and has been proactive on the rents issue. However, her fingerprints are all over the City Council’s rent ordinance passed in March and has continued her support for the resulting Measure L1 initiative… Perhaps, no other candidate has more experience in Alameda politics than Councilmember TONY DAYSOG. He served on the council for 10 years starting in 1996 and returned to the dais in 2012. Along the way, he’s run unsuccessfully for mayor and Congress. Conversely, he also a long record for opponents to pick at, including whether he is even a Democrat anymore. In general, Daysog’s record has shown support for small business. His redundant mantra during the rent ordinance discussion for protecting “mom-and-pop small businesses” was like an earworm for council watchers in Alameda… LENA TAM is back. The former councilmember was termed out in 2014 and lost a bid that same year for the BART board of directors. Tam once claimed the support of the island’s firefighters and East Bay labor, in general, but not anymore. The New Tam is backed by Asian American business interests. MALIA VELLA is a labor attorney and Mills College adjunct professor. She also served as Assemblymember Bill Quirk’s district director and is well-known among Alameda County Democrats. The latter a good reason why her campaign is so well-financed. A newcomer to politics, JENNIFER ROLOFF is perhaps the most conservative of the five candidates. Well spoken, although prone to some rookie gaffes, she represents the anti-growth constituency in Alameda that is led by Mayor Trish Spencer.

WHAT’S THE BEEF? Four years ago, Alameda’s City Council race was all about the continuing conversation of redeveloping the former Naval air station. How to proceed with Alameda Point has morphed into development all over the island. The argument to limit development for the sake of rising traffic concerns has been used in this race by Roloff and to some extent Daysog and Tam. This issue is traditionally the breaking point between so-called “Old Alameda” and the progressives who support growth. Now this issue had been folded into the current discussion over rising rents and displacement of Alameda residents. Each group has dutifully taken their correct side of the battle. Old Alamedans decry rent control and say it will hurt property owners, lower the quality of the housing stock and become another costly city bureaucracy. Those like Vella, and to a lesser extent, Ashcraft, have been supportive of a different path. If a lack of supply is the overriding problem leading to rising rents, then development is a solution, they argue. Vella, though, is the only candidate firmly on Measure M1’s side, the initiative that limits annual rent increases to just under two percent; prohibits no cause evictions and creates an elected rent board. The other four candidates have advocated tepid support for Measure L1, the council’s less stringent rent ordinance that is already law. What each would do to “fix” the current rent ordinance to their liking is unclear.

OUTLOOK Over the past six years the power of Alameda’s firefighters union has been immeasurable. More often than not, the public safety union’s support has equaled victory. This year, fire is supporting Ashcraft and Vella for the two seats. It’s no coincidence that both are also running the most well-financed campaigns in the race. That coupled with Alamedans United, the firefighters independent expenditure committee, and the likelihood of both candidates winning is good. But not great. That’s because one of the few candidates who has been able to break through the firefighters’ blockade is Daysog. Likely because he is so well known in Alameda, as is Tam, by the way. It’s probably why the firefighters have focused their expenditures on undermining Daysog with two negative mailers. One portrays him as voting against the interests of seniors and the other tweaking him for his wavering comments about whether he is now a Republican. And Roloff, although excessively green, is a wildcard. Her yard signs are all over Alameda, but she is without a doubt the candidate for “Old Alameda.” This election will show whether that group is a still somewhat of a force or a dwindling demographic. The “Old Alameda” candidate four years ago was Jane Sullwold and she finish fifth with 12.6 percent of the vote. More likely than not, the outcome of this race may be tied directly to the fate of Measures L1 and M1, the pair of rent control initiatives on the ballot. If the purer version of rent control, Measure M1, wins, Ashcraft and Vella will, too. If not, any combination of the five candidates could prevail.