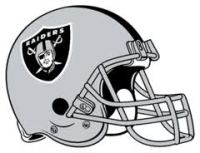 COLISEUM JPA
A fan-generated proposal to sue the Raiders and the National Football League over the team’s move to Las Vegas took a significant hit Friday after Oakland-Alameda County Coliseum Authority declined to participate in the lawsuit.

The plan took a hit after Oakland officials on the governing Coliseum JPA board said the city would not expend taxpayers’ money on the case.

“The city is not going to put up no public money,” said Oakland Councilmember Larry Reid, who is also a member of JPA. The Oakland City Council two weeks ago voted in closed session to pass on joining the proposed lawsuit, Reid said, during the JPA’s monthly meeting Friday morning at Oracle Arena.

The JPA board voted, 4-2, to support Reid’s motion against joining the complaint. Alameda County Supervisor Nate Miley and Chris Dobbins voted no, thereby registering support for the fan-backed plan.

Oakland’s other JPA representative, Councilmember Lynette Gibson McElhaney also dampened the hopes of fans hoping to keep the Raiders in Oakland or, at the very least, extract some concessions from the team, perhaps retaining its logo and colors for a future NFL expansion team.

McElhaney said the city’s attorneys labelled the success of lawsuit as “50-50,” and cautioned a defeat in the courts, based on documents presented by the fan group’s attorneys, posed significant risk of liability to the city.

Miley, who chairs the commission, urged for a delay to allow the fan group to further bolster its case. The Alameda County Board of Supervisors had not taken a position on the matter, said Miley, but the matter was discussed recently in closed session.

Reid, who appeared agitated throughout the meeting, reiterated that Oakland officials were clear in their opposition to the plan. He told Miley: “If the county wishes to pursue it, certainly the county can do that, but we were given direction by our council.”

Representatives from Forever Oakland, the fan group behind the push for a lawsuit against the Raiders and league, said they expected Friday’s decision at the JPA, but vow to continue. In addition, they criticized the JPA for repeatedly failing to cooperate with its lawyers and avoiding a central question of whether the city, county, and JPA have legal standing to sue the Raiders and the NFL.