Alameda mayor, put on the spot, suggests she will support the landlords-backed charter amendment

In recent years, Alameda city officials have been reticent, as opposed to some neighboring East Bay cities, about asking residents to increase their sales tax rate. But with an economic downturn potentially looming in coming years and projections of deficits in the next five years, the Alameda City Council voted Tuesday night to place a half-cent sales tax measure on the November ballot.

If approved by Alameda voters, the city’s sales tax would increase from 9.25 percent to 9.75 percent and potentially raise an additional $5 million in annual revenues. Alameda currently derives about $10.4 million in sales tax revenue per year, according to city staff, an amount that accounts for 11 percent of the city’s General Fund.

Although the proposed ballot measure is titled as the ““City of Alameda Essential Services Protection Measure,” its proceeds would go directly into the General Fund and would not be earmarked for any specific purpose such as public safety, transportation needs, and parks. 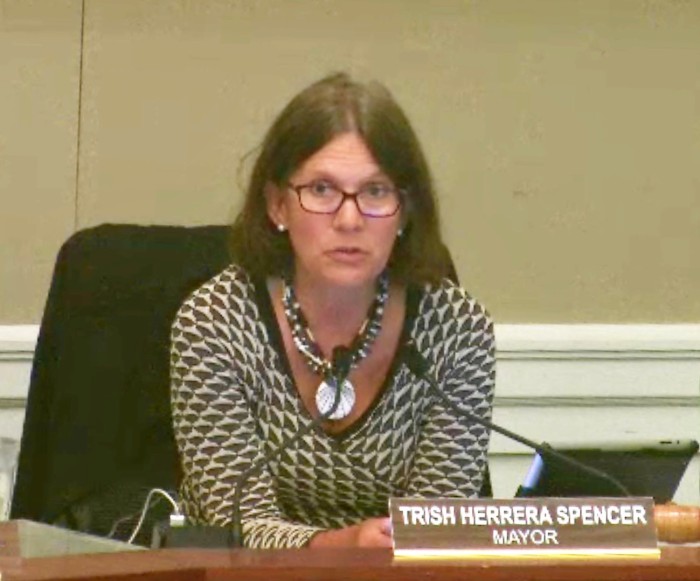 The lack of specificity allows for a far more favorable threshold for approval in the fall. Tax-generating ballot measure intended to fund a specific purpose, according to state law, require a two-thirds majority for passage. Sales tax measures like the one coming to Alameda, require just a 50 percent plus one majority for approval.

“I think we have been judicious when we’ve asked and we could have asked for more,” said Alameda Councilmember Jim Oddie.

“Polling shows that people are supportive of this and we have to do this to support the high quality of life in Alameda,” said Councilmember Malia Vella, who participated in the meeting via teleconferencing.

The council ultimately voted, 4-1, to approve placing the measure on the fall ballot. Mayor Trish Herrera Spencer voted no.

Spencer said she could not support the sales tax measure because it is regressive and would further displace Alamedans. “It’s essentially a blank check,” she said, adding. “We should get our house in order before we ask voters for more money.”

The council also put the finishing touches on wording for a ballot argument to oppose a landlords-backed ballot measure that seeks to enshrine the original Rent Stabilization Ordinance in the City Charter. The 2016 ordinance, which essentially placed a 5 percent limit on annual rent increases, and was strongly opposed by landlords at the time, was later amended by the council to include what they believed were more onerous terms.

The ballot measure would roll back those changes and by placing it in the charter, therefore, make any future amendments be subject to voter approval. While a majority of the council supports the rent ordinance, they oppose the constraints that a charter amendment would place on their ability to make minor or significant changes to the ordinance.

Spencer, however, also opposed joining her four colleagues in signing the ballot argument.

“This is about good government and I was hoping all the council would get behind it,” Councilmember Frank Matarrese suggested to Spencer, while noting the council needed to retain a certain amount of nimbleness to make modifications to the ordinance when needed.

Vella later put Spencer on the spot, asking her directly whether she planned to support the landlords’ initiative in the fall.  “I have not decided. I may in fact end up supporting putting it in the charter,” said Spencer, adding concern that future councils could unwind what she called their “good work” on the rent ordinance. “My concern is not minor changes but major changes that three councilmembers could make. That gives me pause.”