STORYLINE Hayward Mayor Barbara Halliday hopes for re-election rests on defeating a familiar opponent in Councilmember Mark Salinas, in a race between two similar candidates. The matchup, meanwhile, has failed to excite the political class, nor the electorate. 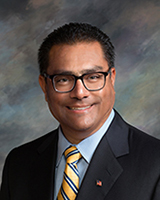 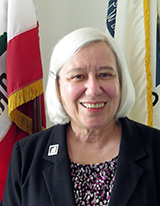 MEET THE CANDIDATES Mayor Barbara Halliday is the City Council’s longest serving member. She was first elected to the council in 2004, and then mayor in 2014. Although, her first time in office has been stymied by Hayward’s stagnant economic growth, over the past year the City Council has approved a flurry of new housing developments. Critics believe the amount of new affordable housing is too low. Halliday, like her opponent on both counts, is supported by landlords and property owners, and opposes rent control. Councilmember Mark Salinas put it all on the line in 2014 when he eschewed running for re-election to his council seat in order to run for the open mayor seat. On both counts he lost. But he returned two years later after winning back a seat on the council. The itch for higher office also returned. The difference over his first stint on the council and second is Salinas is somewhat the lone wolf on a Hayward City Council with a long history of 7-0 votes. This year, he has veered from the majority, most notably on cannabis dispensaries. His beef being the city council failed to evenly spread them around. The other issue, his opposition to Measure T, the city’s Real Property Transfer Tax initiative. Halliday supported the cannabis ordinances, in addition, to Measure T.

They are just following the opportunity. Cannabis coming to Hayward is falling squarely on the seven of us–or, on the six of them.-Salinas during a council meeting last July telegraphing what would become one of the biggest differences between him and Halliday.

OUTLOOK The mayoral race in Hayward this fall is the match up Salinas had hoped for in 2014. But depending on who is telling the story, either Salinas jumped into the race after fellow Councilmember Zermeno did so, or the other way around. Either way, the election result suggested they split the vote and handed the victory to Halliday. However, it’s not clear whether the head-to-head matchup four years later helps Salinas much since these two candidates are equally uninspiring, lack a resume of individual accomplishments, and both are moderates. Keep in mind, it’s very difficult to defeat an incumbent without them doing something really bad during their term (Punching a former Black Panther and causing her injury is a good way to ensure you lose your seat.) If not, the challenger must run an aggressive campaign. Halliday has no skeletons and Salinas is not running a negative campaign. It’s like he’s employing the playbook he thought he would use in a two-person mayoral race with Halliday in 2014. They are not equals in this race. Halliday has the support of Hayward’s establishment and council endorsements. Salinas’ council mates don’t much care for him, and he doesn’t seem to be attracting much help to his campaign. Here’s a telling scene: At a jam-packed Hayward Democratic Club endorsement forum, Salinas and his wife stood stone-quiet in the back of the room. Nobody talked to the Salinas’, nor did they attempt to talk to anyone else. You can’t win a race by being sullen wallflowers at the school prom. Salinas is going to have to hope his bet against Measure T works in his favor. It might. That’s because there’s signs voters are going to reject the modest increase in the current transfer tax that’s only paid when a property is bought and sold. The measure would bring $6-8 million annual to the city’s general fund. He also has to bank on Latinos in Hayward giving him a big boost. That’s about 20 percent of registered voters. But its not clear how he’s courting this group of voters. Maybe he ignores them since there are indications that merely having a Latino surname gets you votes in Hayward elections. November municipal elections are also new to Hayward after voters approved a ballot measure two years ago to move them from June to November. The pool of voters will be different, maybe larger. But there are signs low-turnout is going to plague many East Bay cities on Nov. 6. However, if Salinas can somehow pull off the upset, keep an eye on this council. They will be entering the end of a decade-long era of stability in the mayor’s seat that started under Michael Sweeney. Maybe change would be good? But how will Salinas run the council when it’s apparent his colleague have limited respect for him? More likely the worry is how Salinas reacts to Halliday taking the oath of office again? Hayward’s politics have not changed much over the last 20 years and Halliday’s campaign is run by former Councilmember Kevin Dowling. He understands the city’s politics and runs error-free campaigns, just like this one. Halliday’s record clearly show one thing: she wins elections.