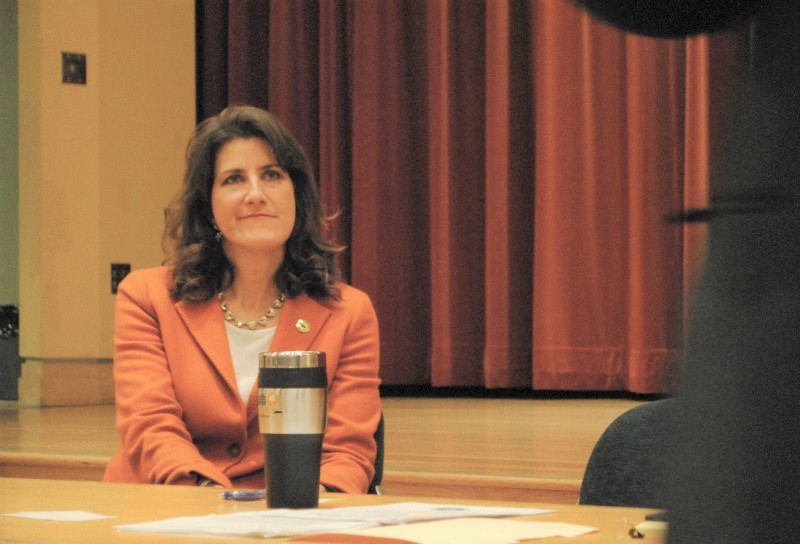 There’s no lack of drama in the East Bay’s suddenly riveting contest in the 16th Assembly District. Signs that a monumental upset is brewing gained steam as Democrat Rebecca Bauer-Kahan pulled to within 205 votes of Assemblymember Catharine Baker, the East Bay’s lone Republican state legislator.

The blue tide behind the back of Bauer-Kahan’s campaign has been clear since the weekend. On Sunday, her upstart campaign which many in East Bay paid little attention to until only recently, crept to 627 votes behind Baker.

In the Alameda County portion of the 16th District, Baker still maintains a slight advantage, but it continues to shrink. Baker leads Bauer-Kahan, 50.43 percent to 49.57 percent, a difference of 656 votes in Alameda County.

If the two trends continue to hold, the likelihood of an upset by Bauer-Kahan appears very favorable for a candidate who lost to Baker in the June primary by more than 13 percentage points.

East Bay insiders say Bauer-Kahan’s decision to highlight Baker’s Republican party affiliation is one key to getting the campaign to the cusp of an improbable victory.

But the extremely sullied image of the national Republican Party appears to have persuaded undecided 16th District voters to embrace the Democrat. High voter turnout is also amplifying the shift to Bauer-Kahan, they say.