The Eden Health District, once the target of dissolution backed by some members of the Alameda County Board of Supervisors and other elected officials, in part, because of its limited recent record of funding health-related endeavors in central Alameda County, is eyeing two well-known and high-priced consultants to help them regain their standing in the community, in addition, to studying a potential ballot measure in 2020.

A special board meeting Wednesday night was called after some board members, current and former, along with the district’s former chief executive officer, raised questions about the potential costs of hiring the consultants, in addition, to the perception the decision amounts to a no-bid contract.

The Eden Health District may put a parcel tax on the 2020 ballot to prop up St. Rose Hospital in Hayward. One problem, though, is it has no affiliation with the facility.

Newly elected Eden Health District Boardmember Gordon Galvan first broached the subject of hiring consultants, but denied Singer and Perata (pictured below), are the preferred candidates. But later, he added, “They’re expensive, but nothing come easy.” 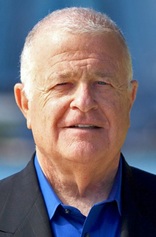 Both have ties to Galvan in the past, most recently on behalf of the Davis Street Family Resource Center scandal last year involving the non-profit’s CEO and accusations of sexual misconduct–since discredited–against former San Leandro City Manager Chris Zapata.

But Eden boardmembers privately say Singer and Perata’s names were readily raised as potential hires. Former Eden Health District boardmember Tom Lorentzen, who addressed the board Wednesday evening, said it was his understanding some members of the board had already identified Singer and Perata for the jobs. He questioned the ethical problems with government agencies issuing contracts without a proper open-bid process.

Lorentzen added that he would resign from the board’s advisory committee if they proceeded on the current path. Dev Mahadevan, the former CEO for the district who retired in 2017, urged the board to be frugal in its expenditures. “Make sure you have money before you decide to spend it,” he told them.

Boardmembers Roxann Lewis and Mariellen Faria asked the board to pause before making any decisions and convening a retreat for the board to decide upon its collective objectives and priorities. That retreat will happen within the next month, the board decided. In the meantime, the district will begin to reach out to potential candidates for both positions. Eden Health District CEO Michael Mahoney, however, said the board may be in the position to vote on hiring consultants at the board retreat.

But the hastily organized special meeting, which was not publicly noticed, at least online, because of a glitch, the district said, also provided little direction for staff, primarily the scope of the consultant’s work. District staff also appeared confused whether a ballot measure was to be included in the request for proposal.

But whether or not the district is eyeing a ballot measure in 2020, Galvan wants to be prepared, he said in an interview. “Every anti-Trump person is going to come out. St. Rose Hospital is on the verge of closing. So I want us to be in a position to say, ‘Can we do something’ and we need some outside help.”

Galvan believes a government relations consultant can help in crafting a ballot measure to save St. Rose Hospital. For instance, possibly a parcel tax to generate funding for St. Rose Hospital’s struggling emergency room. The district has sought information in the past over offering up a possibly parcel tax to voters, but has never acted upon the advice.

“I want to get us in a position to answer some of these questions. I can’t do it,” said Galvan. “Our volunteer board can’t do it. Mahoney can’t do it.”

For much of the past decade the Eden Health District (formerly Eden Township Healthcare District) has struggled to maintain viability despite being an elected body that once oversaw San Leandro Hospital and Eden Hospital in Castro Valley until both facilities were transferred to Sutter Health. Through its 2011 lawsuit against Sutter, the board won the battle to save San Leandro Hospital from closure, but lost the war after a judge ordered the Eden Health District to pay $20 million in damages to Sutter Health over 10 years.

The $2 million annual payment has since hampered the district’s ability to offer support for health care non-profits and events in the Hayward, San Leandro, and unincorporated Alameda County. The Eden Health District is funded through its various real estate properties, including medical buildings in Castro Valley and the Tri-Valley. It has not collected taxes from residents since 1978. The issue of whether the district should exist based on the fact it no longer oversees a hospital has also been an issue. But last year, the Land Agency Formation Commission of Alameda County (LAFCO), which oversees municipal boundaries and spheres of influence among cities and districts, voted against dissolving the Eden Health District.  “We were within a whisker of being dissolved by LAFCO,” said Galvan. “I don’t want to just survive on our assets. I would prefer to thrive.”

Like Loading...
‹ San Leandro moves to reduce density on proposed 45-unit green building near transit
ALAMEDA: Former mayor says you can’t be a NIMBY if you don’t have a backyard ›