The Alameda County Board of Supervisors narrowly approved a number of reforms to the controversial Urban Shield training event Tuesday, even after Alameda County Sheriff Gregory Ahern continued to say some of the recommendations will likely result in the loss of $5.5 million in federal grants for regional disaster preparedness training.

The move sets off a period of uncertainty and potential political blowback for the supervisors. Members of the regional body overseeing the federal grant will meet this Thursday to discuss its next steps and whether the grant funding will be forfeited.

During Tuesday’s tense board meeting, Alameda County Sheriff Gregory Ahern maintained the board’s action will likely result in the federal grant being reallocated to another jurisdiction and potentially adversely affect disaster preparedness training for law enforcement in the entire Bay Area and region.

“If you accept the recommendations, as I told you 13 times during the last meeting, it will jeopardize the grant and the funding will go away,” Ahern warned the county supervisors before their vote.

“To this day, we still don’t know what is allowed and what is disqualified.”-Alameda County Supervisor Wilma Chan on discerning whether the board’s action puts the federal grant at risk.

A majority of the board had a different view, although, some voiced trepidation with approving (actually re-approving) nearly the entire menu of recommendations offered by its ad hoc committee. Supervisors Wima Chan, Keith Carson, and Richard Valle supported the motion to accept an agenda item that included changes negotiated between Ahern and the ad hoc committee following a lengthy and passionate board meeting on Feb. 26.

But the motion excluded a passage in a letter from Ahern that asked for reconsideration of their action to approve 27 of the 68 recommendations last month.

“In effect you’ll kill it,” Supervisor Scott Haggerty said in response to the proposed motion and the Urban Shield federal grant.

Similar to the last meeting at its aftermath, a great deal of confusion over what the stakes of the vote really are remained evident. Alameda County Undersheriff Rich Lucia, a member of the regional Urban Area Security Initiative board, was asked by Valle if the grant would be lost if the board approved all the recommendations. “It appears like, if this Memorandum of Understanding comes with all the recommendations, it appears likely that the grant will not go forward in its current form and it will be distributed.”

“So, no second bite at the apple? Valle asked. No, said Lucia.

The veracity of the claim however has been a sticking point with critics of Urban Shield, who say it comes without proof. “To this day, we still don’t know what is allowed and what is disqualified,” said Chan, and no way to verify the answer.

Chan, perhaps the most vocal critic of various aspects of the entire Urban Shield discussion, also questioned why the UASI board had chosen to link funding for the training exercises with the Urban Shield event for the first time in its history. A member of the ad hoc committee told the Board of Supervisors that it was their belief the effort was made as a response to their work midway in the process of creating its recommendations last October.

“Somehow these two things became linked and became a problem for everybody,” said Chan, who noted the ad hoc committee’s task was to focus on aspects of the event’s training regimen, not federal grants.

She suggested the linkage is the reason for so much confusion over the board’s intent within the community. A number of Urban Shield supporters Tuesday framed their comments as an effort to avoid the total elimination of the training and event.

“I don’t know why I have to say it again. I’m going to say it three times,” said Chan. “No one on this board is against police, fire and first responder training. This is a debate on how these exercises should be conducted.” 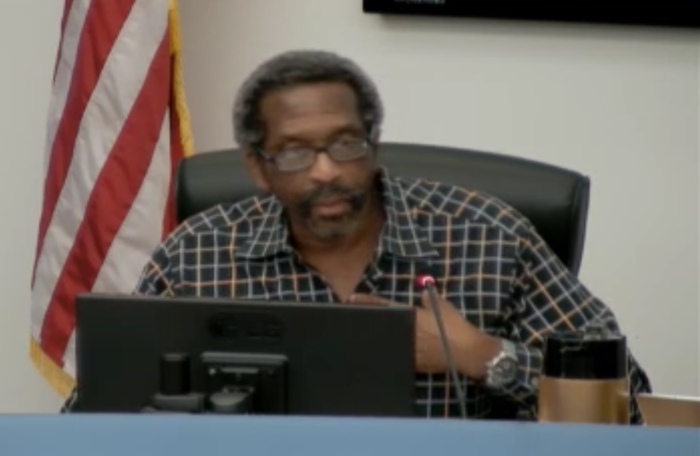 Alameda County Supervisor Nate Miley, along with Scott Haggerty, voted against the motion to accept most of the as hoc committee’s reforms.

Valle, though, offered a longview on the progress made with Ahern and reforms to Urban Shield, which have become over the years, a flashpoint for East Bay progressive who view it as vehicle for the militarization of local police forces and an avenue for racist tropes. Valle praised Ahern for compromising on an number of recommendations.

“I see the mood of the Sheriff’s Department,” said Valle. “The meter has slowly moved in the direction of incorporating ideas that people are bringing forward.” Valle added a rare glimpse of doubt and uncertainty over the potential ramifications of his vote, saying, “I believe in faith, but this would be a big leap. And if we lose this grant, I’ll only have myself to blame.”

Whether Alameda County and the region loses funding for Urban Shield may become more clear on Thursday when the UASI board meets. Despite Ahern’s poor outlook for maintaining the federal grant, Valle urged him to fight diligently for the county and the program following Tuesday’s vote. “We hope the sheriff will champion our cause at UASI,” Valle said as Ahern gathered his belongings.

“People might feel that Urban Shield should be discontinued,” said Miley. “I don’t think we should get rid of the baby with the bath water.” Voting for the complete list of recommendations risks losing the grant funding and putting constituents in danger, he added. Mistakes have been made with Urban Shield, said Miley, “but the flaws have been corrected and additional corrections can take place.”

Haggerty agreed, and added a vast majority of the letters and emails in opposition of Urban Shield came from outside his Eastern Alameda County and Fremont district. Most were from Berkeley, he said. “My community finds this to be a valuable aspect of training. They want our law enforcement officers trained in the event of a disaster to become them and for officer to protect themselves.”

Like Loading...
‹ Miley’s CV MAC appointee says Urban Shield critics would change their minds if a gunman walked into Tuesday’s Board of Supervisors meeting
ACLU: Union City shared info with ICE, despite being a ‘Compassionate City’ ›