Alameda County is getting out of the sports business after the Board of Supervisors agreed Tuesday to a non-binding term sheet with the Oakland Athletics to sell its 50 percent interest in the Coliseum complex.

Details of the term sheet include a price tag of $85 million and the A”s will eventually assume operational costs and liabilities at both the Oakland Coliseum and Oracle Arena. The proposed deal excludes a portion of land near Hegenberger Road and Coliseum Way informally named the Malibu site.

The county will continue making bond debt payments on the property, which is roughly $10-13 million in yearly obligations that has stymied both the county and Oakland’s tight city budgets.

Cost savings from the deal, however, will cover the county’s portion of the annual debt payment that was incurred in the 1990s in order to fund the remodel of both facilities, said Alameda County Administrator Susan Muranishi.

“Today’s action gets the county back to its original intent–its original mission–helping those who need it the most,” said Alameda County Supervisor Scott Haggerty. 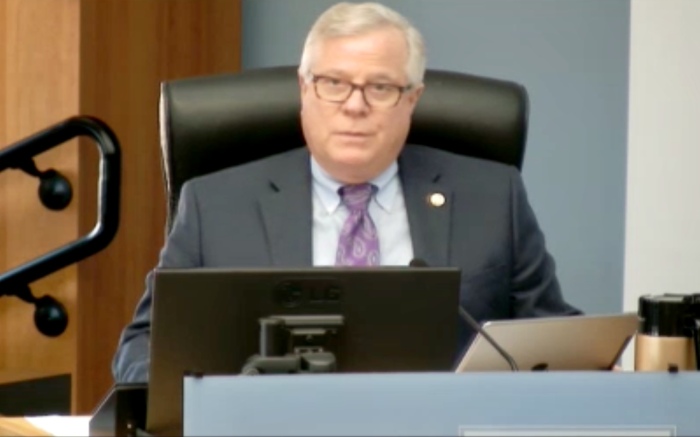 Alameda County Supervisor Scott Haggerty said money spent by the county on sports complexes would be better served to helping the least fortunate.

“Quite frankly, that $10-$13 million a year that we are putting toward funding a debt out with the sports teams would be better spent on people who are within our mission–health care, social services, people that are homeless,” he added.

The A’s are seeking to build a new ballpark at Howard Terminal near Jack London Square and not at the current Coliseum. Instead, the team hopes to develop the Coliseum property for housing and retail. They also intend to maintain Oracle Arena as an entertainment hub for the East Bay.

Earlier in the morning, Oakland Mayor Libby Schaaf addressed the Board of Supervisors prior to their closed session meeting, to urge them to push for a robust community benefits from the A’s at the proposed Coliseum development.

“You are a public entity. You can’t just take the money and run. You are responsible for public health in this community and other issues,” Schaaf said during public comment.

Last week, she suggested the proposed deal with the A’s may not be legal.

Later, several county supervisors noted the county does not have control over land-use decisions at the Coliseum property. That authority rests with the city of Oakland, they said.

Alameda County Supervisors Nate Miley and Keith Carson attempted to quell questions over why the county chose to deal with the A’s and not their long-time partner at the Coliseum, the city of Oakland.

At the direction of Carson, county staff said they had met with Oakland officials 14 times to discuss a sale of their portion of the Coliseum to the city, in addition, to countless phone conversations and emails beginning in December 2017 through earlier as late as April 9.

“We’ve been trying to get the city to buy our interests,” said Miley. “We have not been bashful about that and we’ve always said we we’ll go with the entity that provides a fair offer. The A’s have come forward with an offer that satisfy our needs, but also keep the A’s committed to the city of Oakland.”

The potential land deal may alleviate the constant problem of “too many cooks in the kitchen” that many assert led the Oakland Raiders to leave for a new stadium in Oakland.

In addition to negotiating with the city and county, the Raiders, A’s, and Warriors, also had to take into account the Coliseum Joint Powers Authority, which includes elected officials and appointments from Oakland and Alameda County.

“It’s really becoming an imposition,” Haggerty said of the arrangement he also described as a “three-headed monster.” “It’s too hard dealing with everybody.”