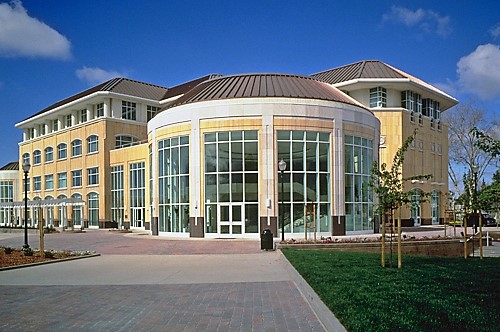 After decades of landlords slowly whittling away the number of units protected by a city rent ordinance to as low as 1,000 through vacancy decontrol, the Hayward City Council  voted late Tuesday night to repeal and replace the ordinance with a more stringent menu of renters protections.

Vacancy decontrol measures allow a landlord to raise rents after a tenant vacates a unit. Under Hayward’s previous ordinance, the unit was no longer covered by the city’s rent control ordinance. Over time, the number of remaining controlled units was between 1,000 and 1,600 units in Hayward, according to a city staff estimate.

The rent ordinance unanimously approved by Hayward officials adds new tenant protections to more than 8,000 units built before 1979. Among other notable protections is a five percent cap on annual rent increases, in addition, to a mechanism for landlords to raise rents above five percent through mediation and binding arbitration. Just-cause protections, which allows landlords to evict tenants only with a specific reason, is also reincorporated into the new ordinance.

It’s not perfect. There’s some [on the council] who would like it go further, but we don’t have consensus.-Hayward Councilmember Elisa Marquez

But while housing advocates said Hayward’s new tenant protections is a significant step forward over a previous ordinance that had failed to help Hayward renters escape displacement and exorbitant rent increases in recent years, it is nonetheless less demanding of landlords, in comparison to neighboring East Bay cities that are also confronting the same issue.

Hayward’s new rent ordinance does not include tenant relocation payments featured in recent ordinances in Oakland, Alameda, and San Leandro. The payments, which can cost landlords thousands of dollars in order to evict a tenant under certain circumstances, is intended to help the renters afford the costs of procuring another unit in the city and, therefore, limiting displacement.

The ordinance also includes carve outs that could allow landlords to raise rents above the five percent threshold, in some instance, along with the ability to raise rents further if they had not been raised in recent years. A situation called “banking.” Furthermore, landlords can raise rents up to 10 percent on the occasion when capital improvements are made to the property.

Councilmember Elisa Marquez said the current iteration of the rent ordinance is a work in progress. “It’s not perfect. There’s some [on the city council] who would like it go further, but we don’t have consensus,” she said. “It’s more than what we have.”

Tuesday night’s meeting yet again highlighted a city council dynamic that appears focused on diminishing the shine of perhaps the East Bay’s next rising political star, Councilmember Aisha Wahab. The first-term councilmember has staked her emergence on stabilizing the housing crisis in Hayward. Marquez, though, touted her work on the issue for the past 5-6 years. Her council colleagues then painstakingly offered their praise for Marquez’s efforts. Like previous attempts by Marquez to undermine her colleague’s efforts, Wahab did not react, although, on several occasions flashed a knowing grin at her supporters in the audience.

“Tonight we can legitimately say we are helping thousands of people,” Wahab said. “Housing is a right and not a commodity.”

Marquez was clearly irked when Wahab asked the council to include an amendment calling for a short-term moratorium on rent increases until the new ordinance is fully enacted sometime in late July. “That is unacceptable,” Marquez said, and added she had only received the request a few hours before Tuesday’s meeting and needed more time to evaluate it.

The council will take up the proposal at the June 25 meeting, but the delay could afford a savvy landlord the opportunity to take advantage of a short six-day window to increase rents above the proposed five percent threshold. One South Hayward tenant told the council Tuesday night that he had received a $900 rent increase last month. The resident displayed a notice from his landlord with the perhaps unintentionally sardonic header: “You are eligible for our ‘residential excellence’ discount!”

Meanwhile, a long line of landlords asked the council to limit further restrictions on their rental properties, while others blatantly threatened to pull their units from the market and warned the new regulations would send a negative message to those looking to invest in Hayward.

Specifically, landlords repeatedly asked for an exemption for so-called “mom-and-pop” landlords, or, those who own between 1-4 rental units. “Over-regulation will put us out of business,” said Bill Espinola, a Hayward Realtor. He added, property owners with a small number of rental units have only a small profit margin. The ordinance, he added, will provide less incentive for landlords to re-invest in their property and eventually lower the number of available units in Hayward. “It’s difficult to do business in Hayward. It’s a losing proposition,” Espinola said.

Covid-19: Oakland Zoo says its running out of money and at risk of closure