The Alameda County Board of Supervisors banned the sale of flavored tobacco, including menthol, and flavored e-cigarette products in unincorporated areas of the county. 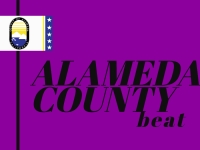 The ordinance, a second and final reading of which was approved Tuesday afternoon, also requires tobacco retailers to pay an annual licensing fee. County staff believes the fee will ultimately be around $800.

The ordinance also limits the number of tobacco retail licenses to 1 per 2,500 unincorporated residents.

In addition, the price of low-cost cigars and cigarillos will be set a minimum retail price of $8 per pack of 20 cigars.

Among the 72 tobacco retailers in unincorporated Alameda County, a large number sell cigars or cigarillos for as little as $2 a package.

The board’s move comes as communities in the unincorporated areas of central Alameda County and many cities are growing more concerned with the rise of young people using e-cigarette devices.

A survey by the California Healthy Kids found the youth in Castro Valley and San Lorenzo are increasingly experimenting with flavored tobacco products.

One in four San Lorenzo High 11th graders and one in five Castro Valley High 11th grader have used e-cigarettes, according to the survey from 2017-2018. At both schools, more than half of the students believe it is easy to obtain e-cigarette products.

Among the 72 tobacco retailers in unincorporated Alameda County, a large number sell cigars or cigarillos for as little as $2 a package. Some single cigarillos sell for 49 cents apiece. “Inexpensive and small packages of tobacco products are attractive to youth and promote experimentation and initiation of tobacco use,” the county staff report said.

The Board of Supervisors vote was nearly unanimous. Four supervisors voted for the flavored tobacco ban and creation of a retail licensing fee on Tuesday. Supervisor Nate Miley abstained after failing to carve out an exemption for adult-only tobacco retailers.

“I don’t have any issue with the fact were trying to protect youth,” Miley said. But not allowing the sale of e-cigarettes, for example, for smokers to use as a cessation device “will only drive it to underground black market economy, ” he added.

Last December, the Castro Valley MAC backed the county ordinance, but urged for it to remove the prohibition on flavored tobacco sales. The Fairview MAC, meanwhile, also backed the ordinance, but recommended exempting adult-only retailers.