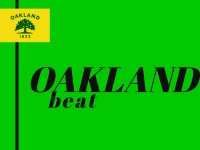 The U.S. Ninth Circuit Court of Appeals sided with a May 2018 ruling by U.S. District Court Judge Vince Chhabria that found the city of Oakland insufficiently argued that coal shipments posed a significant harm to the community. The appellate court voted, 2-1, to uphold the ruling on Tuesday.

The ruling could allow roughly five million metric tons in coal, and coal byproducts, to be shipped annually through the Oakland oversized bulk terminal.

The appellate judgment is a big win for Oakland developer Phil Tagami, whose massive marine bulk terminal at the former Oakland Army Base, was the impetus for the city’s ban on coal shipments in 2016.

Tagami has long maintained the project, first conceived more than a decade ago, always included the possibility of procuring coal shipments. Others disagree.

Environmentalists began a strong push to lobby Oakland officials about the damage coal shipments and particulate that may be sloughed off rail cars would exacerbate poor air quality in West Oakland, in addition, to the city’s role in promoting climate change in other areas of the world where the coal would be burned.

In a 37-page ruling, Chhabria was not convinced by Oakland’s arguments and sharply criticized the city’s case in favor of the coal ban. “The record is riddled with inaccuracies, major evidentiary gaps, erroneous assumptions, and faulty analyses, to the point that no reliable conclusion about health or safety dangers could be drawn from it,” Chabbria wrote.

In a lengthy interview with the East Bay Express last December, Tagami voiced confidence in today’s ruling being upheld by the appellate court, but he indicated another favorable decision is not likely to end the legal wrangling over coal at the marine bulk terminal. “We’re going to see this through,” Tagami said, “We’ve planned for a long, cold winter.”

Tagami’s outlook appears prescient. In a statement released by the Sierra Club, a member from a group also fighting against coal in Oakland, said, “This is not the end. We will continue to fight because the residents of West Oakland deserve to live in a community that hasn’t been poisoned by racism and greed. We are calling on the City of Oakland to pass a new ban that will protect its citizens. No one is disposable,” said Isha Clarke, member of Youth Vs Apocalypse.