A promise by city leaders to cut roughly four percent of the San Leandro Police Department’s budget will be studied by a budget task force that could include city employees, such as police officers. 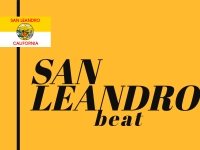 San Leandro officials approved the formation of the 28-person task force last week that will help shape the city’s next fiscal year budget, in addition, to reallocating $1.7 million in cuts to the police department made in June.

The $1.7 million in cuts is viewed as a component of the task force, but not the entire task before future committee members, San Leandro City Manager Jeff Kay said. “It’s a piece of a much bigger challenge.”

The makeup of the task force will include four selections by each of the seven councilmembers. The mayor’s choices are at-large picks, while councilmembers must select appointees who live in their own districts.

However, there was near unanimous sentiment among public speakers against the proposed size of the task force. Others asked to favor applicants who are newcomers to city government, and not merely recycled former and current members of city boards and commissions.

“This is not what I thought would be the composition of the task force when we brought it up in the Rules Committee,” Councilmember Victor Aguilar, Jr. added.

Applications to serve on the task force will be open in early August and run through the end of the month. Its meeting will be subject to the Brown Act and open to the public, Kay said. The city hopes to have the task force’s membership chosen and approved by the city council at its Sept. 21 meeting.