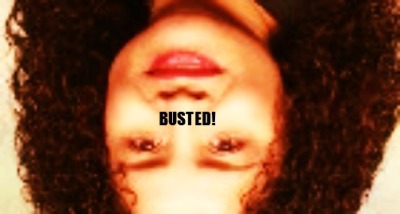 HAYWARD SCHOOL BOARD SCANDAL | A family member of the deceased great-grandmother referenced last week by Hayward school board member Maribel Heredia as an excuse for missing a board meeting Aug. 21, says she is lying.

At the Sept. 12 school board meeting, Heredia apologized for missing the previous meeting due to a death in her children’s family on their father’s side. In the days after the Aug. 22 absence, a screen shot of Heredia’s personal Facebook page showed postings in the Newport Beach area of Southern California. The preponderance of the evidence suggested to some the sojourn was a late summer vacation.

“I can state with 100 percent certainty that Maribel Heredia did not come close to the hospital, the home, nor the family,” said the relative. “She did not contact, nor provide support with anyone in the family.”

The explanation for Heredia’s absence has angered relatives in Southern California, who, according to the source, had huddled in a constant around-the-clock bedside vigil during the final days of the grandmother’s life. According to the family member, her health had been in decline following a stroke in late July. Although she was steadily improving, the grandmother passed away two weeks ago.

“I spent many days and nights at the hospital and we have gone through some really difficult times as my grandmother was our family matriarch, respected and very much loved,” said the family member. “I know exactly who was there and who was not. I will be honest to say that our family does not like her and are glad that she is not even distantly connected to our family anymore. If she had showed her face at the hospital, which, I don’t even think she would because she is so selfish and uncaring, we would have turned her away in a second.”

The allegation Heredia may have lied about the reasons surrounding her whereabouts around the Aug. 22 meeting adds to a growing number of misdeeds for the school board member in the final months of her first term in office. After news of a secret affair with fellow board member Jesus Armas was reported in late July, both sitting trustees chose not to run for re-election to their seats this November. Neither has publicly denied the allegation, in part, contained in romantically-tinged text messages provided to The Citizen.

Two other school board members have also asserted Armas and Heredia may have colluded on a vote this summer to reinstate a Hayward High School principal. This additional allegation may bolster the argument the secret affair may have crossed over into potential violations of the state’s sunshine laws.

In addition, another report also showed Heredia stated last May in a sworn deposition given to attorneys in her custody fight with her ex-fiance that she does not read the school board agendas and leans on another unnamed trustee to instruct her on how to vote. In the meantime, the board’s majority headed by Armas and aided by school district staff, has stifled any investigations or official discussions into the growing list of alleged indiscretions on the Hayward school board.