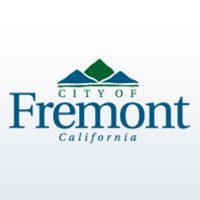 GRAND JURY REPORT | FREMONT | The Alameda County city government closest in proximity and ethos to Silicon Valley is apparently living in the technological dark ages when it comes to email retention and transparency.

An Alameda County grand jury report released Monday strongly faulted the City of Fremont for an email retention policy that subverts state transparency laws by deleting government emails after just 30 days. It also called for the city to completely overhaul its email policy.

Cities in the state must abide by a government code requiring emails to be retained at least two years. However, in Fremont, city officials and staff are allowed to label all unsaved emails as “preliminary drafts.” In addition, they are allowed to pick and choose which emails are saved or purged. If no designation is given, according to the grand jury report, they are automatically purged after 30 days.

Fremont was not openly flouting the law, according to the report, but justified its policy by using a 24-year-old state attorney general opinion that is “contrary to the spirit of open and transparent government and must be changed,” said the report.

“From the Grand Jury’s perspective, Fremont’s questionable logic appears to exempt all emails (unless separately saved) from disclosure, even though the Public Records Act specifically includes emails,” said the report.

Furthermore, the grand jury found little evidence city officials and employees are trained to discern what constitutes an email that should be retained or deleted after the 30 day period.

The cost of storing up to one million emails, according to the grand jury’s findings, was used by the city to justify its current retention policy. But, the report later found the cost is no longer prohibitive and technology exists that could lower the amount to about one percent of the city’s allotted $5.5 million budget for information technology.

But the cost of purging emails so quickly is more than monetary. Citing the recent investigations into the handling by PG&E of its pipeline explosion in San Bruno, “the inappropriate conduct of public officials involved in this case would not have become known had it not been for the retention of emails that enabled the public to uncover wrongdoing and demand accountability,” said the report. “Emails were often key to determining whether there was misconduct by government agencies.”

‘Our sovereignty is being infringed’: Alameda contemplates litigation against sheriff’s curfew