Skip to content
Date: September 19, 2016Author: Steven Tavares 19 Comments
HAYWARD | Less than 48 hours after the Hayward Unified School District fired with cause its embattled Superintendent Stan “Data” Dobbs, he made an appearance at an Alameda County Office of Education retreat in Oakland where he was recognized for his service.
“I’ll be back,” Dobbs reportedly told the group of superintendents from across Alameda County, along with other local officials in attendance.
Dobbs, previously the chair of the “superintendent’s council,” was on hand to receive a ceremonial gavel given to all out-going chairs, said Dan Bellino, chief of staff for Monroe. Bellino acknowledged that Dobbs is the “out-going chair” not because of the end of his service on the council, but because of his dismissal as Hayward superintendent.
Hayward Trustee Luis Reynoso said the Alameda County Board of Education is undermining the school board’s authority by inviting him to the event. “He was given his marching order and he refuses to go,” said Reynoso. “If it was so important to give him this award, they could have just sent it to him in the mail with a bouquet from 1-800-Flowers.”
Dobbs was fired by the Hayward school board Sept. 15 for a lengthy list of transgressions in a report released last Thursday that highlighted an “explosive temper” and a accusation from a former employee and paramour that he once hit her.

In September 2015, two Hayward school board members, including Reynoso, filed police reports after Dobbs approached both in an aggressive manner during a closed session meeting. The report also highlighted numerous occasions when Dobbs angrily berated school employees with profanities and other invective.

NOTE: A comment attributed to Monroe was incorrectly posted. It is still in the process of discerning its veracity 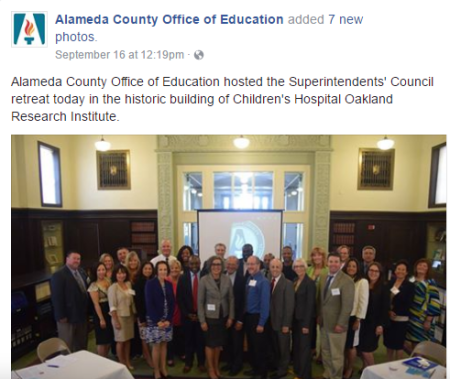