2017 YEAR IN EAST BAY POLITICS
It’s difficult to imagine what the prevailing story line of politics in the East Bay would have been without the daily barrage of tweets and general insanity emanating from President Donald Trump in 2017. Much time and energy was expended everywhere chronicling his first year in office, including the East Bay where residents, councilmembers, state legislators, congressmembers, and even elected transportation officials took turns thwarting his policies.

●In an op-ed published in early January, Alameda County Supervisor Keith Carson advocates for rapproachment with President-elect Donald Trump. “My father always taught us that while we may not always accept the opinions of others, we must respect the opinions of others. For many of us living in this complex world, this concept is becoming more challenging with each passing day,” wrote Carson. “Together we must begin an authentic dialogue with one another, even with those of different opinions,” he added. The sentiment, however, is not shared by many in the East Bay, including, later Carson.

●Rep. Barbara Lee has her mic cut by House GOP leaders after protesting the vote to ratify the Electoral College victory of Donald Trump.

●Rep. Ro Khanna tells podcaster Randy Shandobil that he would risk arrest to protect undocumented immigrants from being detained under President Trump’s orders 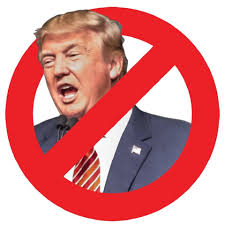 ●TOP 10 STORY “We have your back’: Alameda votes to become a sanctuary city out of protest of Trump’s anti-immigrant rhetoric.

●On short notice, more than 300 people in Alameda head to the city’s Islamic Center in solidarity to protest Trump’s so-called Muslim ban.

●There are reports of high absenteeism among students of undocumented parents in Oakland, but also clustered within school districts in Hayward and Union City.

>>>>Less than a month into Trump’s presidency, Rep. Barbara Lee tells a town hall in Oakland that some Democrats are already looking into impeachment proceedings.

●Alameda City Council becomes one of the first East Bay cities to back a resolution to look into filing Articles of Impeachment against President Trump.

●Oakland Councilmember Abel Guillen’s resolution opposing Trump’s border wall is approved. After some fine-tuning, the City Council in November will approve a ban on the city entering into contracts with companies doing work on the proposed southern border wall.

●TOP 10 STORY Rep. Eric Swalwell essentially becomes a TV star after appearing on all three cable news networks to skewer President Trump and beat the drum of collusion with Russia.

●Trump’s most ambitious attempt to repeal Obamacare falls short following an avalanche of activism on the left. Rep. Barbara Lee remarks at a town hall in Oakland, “You saw what the power of the people and the resistance did yesterday,” said Lee. “You know what it looks like now. But there are many more battles to come and this is one battle we won.”

●Hayward Mayor Barbara Halliday delivers a sobering message to community activists who want the city to declare itself a sanctuary city: No matter what, we can’t protect you from federal government

●Rep. Barbara Lee, in late May, slams Trump for pulling the U.S. out of the Paris Climate Accord, calling the act “reckless.” Weeks later, Lee calls Trump’s decision to rollback diplomatic relations with Cuba an “unnecessary step backwards.”

●In June, the BART Board of Directors becomes the next jurisdiction to declare a sanctuary for undocumented immigrants. The lone vote is Board Director Debora Allen who says the resolution offers little protection and is merely an opportunity for her colleagues to score political points

●After the Oakland City Council joins other East Bay cities in urging Congress to investigate and impeach Trump, Oakland Council President Larry Reid says, “I hope God blesses us with a miracle and gets rid of both Trump and [Vice President Mike] Pence.”

>>>>Alameda County Sheriff Gregory Ahern gets booed at a town hall in unincorporated Alameda County and refers to undocumented immigrants as “criminal aliens.” Later, a man wearing a rubber Donald Trump mask attempts to present him a mock award for his help in deporting immigrants

●With a White House in disarray, Trump moves to hire Gen. John Kelly as his chief of staff. Rep. Barbara Lee takes heat from the right after she says Trump is “putting the executive branch in the hands of extremists.”

●Rep. Eric Swalwell’s record often diverts from his rhetoric, as is the case in August, when he voted in favor of Kate’s Law, legislation named after Kate Steinle, who was murdered by an undocumented immigrant in 2016. Critics say the law would make it easier to deport immigrants. In December, despite his drumbeat of anti-Trump rhetoric, Swalwell, along with Rep. Ro Khanna, vote in favor of tabling the filing of Articles of Impeachment against Trump. In late November, he and Trump agree that the acquittal of Steinle’s killer was a mistake.

●In the midst of the Charlottesville tragedy, Assemblymember Rob Bonta says, “This is not who we are.” He adds hate rallies should not receive permits. State Sen. Nancy Skinner agrees and introduces legislation that changes state law to view hate crimes committed by white supremacists as acts of terrorism.

●Rep. Barbara Lee wants to hit Trump’s controversial aides in the checkbook. She teams with North Bay Rep. Jared Huffman to introduce an amendment to a spending bill that eliminates the salaries of Steve Bannon, Sebastian Gorka and Stephen Miller. However, by years end, only Miller remains.

●“End the war of words” with North Korea, Rep. Barbara Lee urged in September amid volatile comments and tweets directed by Trump toward North Korea dictator Kim Jong-Un. “Provoking Kim will not make us any safer, it will only raise the temperature on an already volatile situation,” said Lee.

●After Trump calls for the NFL to suspend Raiders running back Marshawn Lynch for sitting during the National Anthem before a game in Mexico City, Oakland Mayor Libby Schaaf goes into Beast Mode and tweets, “Let’s suspend @realDonaldTrump instead.”

One thought on “2017 Year in East Bay Politics: We grabbed Trump by the politics”