SAN LEANDRO CITY COUNCIL D1
For the better part of the last year, San Leandro political parlor talk has been constantly included speculation over whether San Leandro Mayor Stephen Cassidy is interested in running for office this November. Any office, actually. Cassidy, whether intentional or not, has politlcal watchers in The ‘Dro so off-balance that they can’t decide whether he might run for mayor or for District 1 Councilmember Deborah Cox’s seat. Cassidy has previously fomented anger online toward Mayor Pauline Russo Cutter’s opposition to the Davis Street medical cannabis dispensary, which Cassidy is tied to as counsel for the pot side of the operation. But more specifically, Cassidy has attacked Cox on her support for a contentious housing development and last week tore into Cox for voting to reinstate City Manager Chris Zapata, in addition, to approving his $350,000 separation agreement. Moreover, two weeks ago, Cassidy brandished a Twitter attack on Councilmember Lee Thomas over the city’s finances. Recall, Cassidy used the same anti-public employees rhetoric to upset Mayor Tony Santos in 2010.

Stephen Cassidy giving an address as San Leandro mayor in 2013.

15th ASSEMBLY DISTRICT
El Cerrito Councilmember Rochelle Pardue-Okimoto endorsed her primary rival Richmond Councilmember Jovanka Beckles over the June 5 top vote-getter Buffy Wicks on Thursday. In the weeks that followed certification of the top-two participants in the November election in AD15, the endorsement game has been noticeably quiet until this week. It’s debatable how much importance should be given to endorsements, but AD15 is a bit unique for several reasons: The June primary included a large 12 candidate field. A majority of the field were legitimate candidates and fairly well financed. How some of the also-rans in the primary break might indicate institutional support is rising in the East Bay for either candidate. Pardue-Okimoto finished fifth in the primary.

18th ASSEMBLY DISTRICT
Steve Slauson’s campaign as the GOP candidate facing Rob Bonta in AD18 has assuredly gained more attention combined than all of the Democratic assemblymember’s perfunctory Republican opponents over the years. That attention came earlier this month with Slauson resorting to a “birther” claim against Bonta. But Slauson is raising eyebrows again this week after he sent Alameda councilmmebers a letter on July 5 calling for the traditional foil of island conservatives–the Alameda Firefighters union–to accept the closure of two firehouses and a reduction of half its firefighters. Combine the letter with Slauson’s role in fronting the nascent recall campaigns against Alameda Councilmember Malia Vella, it seems his campaign is better suited to running for office in Alameda, rather than AD18, which also includes Oakland and San Leandro.

BERKELEY COUNCIL D1
Berkeley Rent Commissioner Igor Tregub has cultivated many long-term relationship among members of the local and statewide Democratic Party. If you allow him, he’ll thank every single one of them. So it’s no surprise that Tregub, who is running for the open District 1 seat on the Berkeley City Council pulled in a big endorsement this week. His campaign announced support from state Senate Pro Tem Kevin de Leon. Berkeley Councilmember Linda Mario is not seeking re-election. 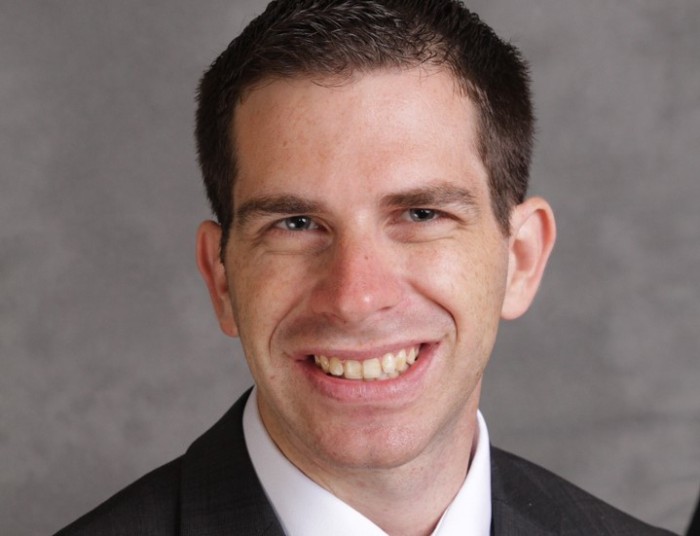 Igor Tregub is running for the open Berkeley District 1 seat. Along with Tregub, four others currently have filed an intent to replace Councilmember Linda Maio, who is not seekinn re-election.

OAKLAND CITY COUNCIL D4
Sheng Thao is one of 10 potential candidates who filed an intention to replace Councilmember Annie Campbell Washington this fall. This week she got a leg up on the crowded and wide-open field by receiving the top endorsement in the ranked-choice voting race from the Oakland Firefighters Union. She previously earned support from IFPTE Local 21 to further burnish her ties to labor. “We know Sheng is the right choice when it comes to public safety and standing up for working families. She has the experience and the know-how to get results for District 4 and for Oakland,” the union said Thursday. Last spring, Campbell Washington announced she would not seek re-election after just one term. She later endorsed former Obama campaign hand Chris Young to replace her in District 4. Thao, meanwhile, is chief of staff for Oakland At-Large Councilmember Rebecca Kaplan.