OAKLAND DISTRICT 6 BATTLE LINES SHAPE UP
During an endorsement meeting at the East Bay Express two weeks ago, the four challengers seeking to end Oakland Councilmember Desley Brooks’ long reign in District 6 hinted a strategy for using the city’s ranked choice voting system was forthcoming. The plan released Monday is asking voters to, of course, omit Brooks, but also Loren Taylor, the field’s most well-funded candidate. All three women in the District 6 race–Natasha Middleton, Marlo Rodriguez, and Mya Whitaker–issued a press release Monday announcing their voting bloc. “We are united in our belief that District 6 residents need a change in leadership at City Hall. It’s time for a new District 6 councilmember. And we are united in our confidence that each of us is qualified to serve and would best represent the district on the issues that matter most to District 6 residents.” Last week, former Black Panther leader Elaine Brown, no friend of Brooks after their October 2015 altercation that resulted in the city paying out $2.1 million because of the councilmember’s negligence, endorsed Middleton. Days later, Taylor, also received Brown’s endorsement, along with an instruction to vote him number one. 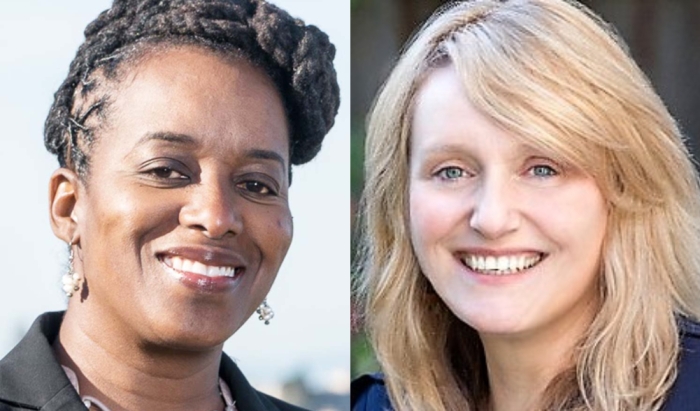 WHEN IEs ATTACK
15th Assembly District candidate Buffy Wicks raised almost $400,000 in campaign contributions between July 1 and Sept. 22, according to finance reports. Since last year, Wicks has raised more than $1.2 million in contributions, a number that greatly outpaces her opponent Jovanka Beckles. But like the June primary, which Wicks easily won, her campaign’s war chest is gravy as compared to the $1 million she has received from Independent Expenditure Committees who support charter schools. More is on the way. An IE named the “Coalition for East Bay Health Care Access, Affordable Housing and Quality Public Schools, supporting Buffy Wicks for Assembly 2018,” is backed exclusively by the California Medical Association, California Dental Association, and EdVoice for the Kids PAC. The IE has already raised $282,500. The bulk of the contributions come from the California Dental Association’s $169,500, followed by $75,000 from the California Medical Association.

LA WINS SUPPORT OF ALCO BOARD OF SUPERVISORS
Phong La might be a rising star in local politics, but first he needs to win his race this November for Alameda County Assessor. But while up-and-coming candidates try in various way to tap into the progressive zeitgeist formed first by Bernie Sanders and now Alexandria Ocasio-Cortez in New York, La is making a bee line to the levers of Alameda County’s status quo. On Friday, La’s campaign announced the individual endorsements of his campaign by all five members of the Alameda County Board of Supervisors. The array of support is impressive since over the decades the county government has almost exclusively backed in-house candidates. La is an outsider, his opponent, Jim Johnson, currently works in the assessor’s office. But for progressives, the county supervisor endorsements might be met with a wary eye because of a perception that they have failed to reign in Alameda County Sheriff Greg Ahern. A similar scenario occurred during the primary when La trumpeted an endorsement from the East Bay Times, a newspaper many progressives view as conservative.

WAHAB VIDEO ALSO TAPS INTO OCASIO-CORTEZ
Oakland mayoral candidate Cat Brooks isn’t the only one promoting her progressives chops through melancholic imagery interspersed with an inspiring message for the future. Hayward City Council candidate Aisha Wahab released a video last month that is far more faithful to New York congressional social democrat Alexandria Ocasio-Cortez’s “Courage to Change” than Brooks’ “I love you Oakland.” The 30-second video includes Wahab’s biography set against a number of scenes within Hayward. “It’s time for one of us to fight for all of us,” says Wahab. Like Ocasio-Cortez, Wahab is hoping to bring a progressive voice to a city that despite its clear union membership, dominated by moderates during a time of budget deficits and stagnant growth.