The year belonged to women of color successfully bowling over the ballot box and a congressman who overwhelmingly proved his progressive credentials in 2018, in addition, to providing a glimpse of the future for the movement in the U.S.

Women in East Bay government is nothing new. In fact, mayors and council majorities featuring women has been commonplace for at least two decades. We live in a progressive bubble. Sometimes, like equal representation in government, it’s a positive, other times, like the less obvious racism rooted in the region’s housing crisis, it’s  a negative. 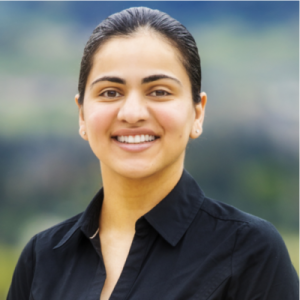 But, this year seems to have shown the East Bay is further evolving. Not only were more women elected to local government, the number of minority women rose. For example, Oakland elected Nikki Bas, a Filipina American, to its City Council, in addition, to Sheng Thao, a Hmong American. And both appear poised to take Oakland over by storm.

But the election of Aisha Wahab to the Hayward City Council is a singular moment that poses a glimpse of the future. She checks all the boxes when it comes to the national urging of progressives to run young, energized, women of color. Wahab is in her early 30s. She is grounded in the local progressive movement, along with experience with the county and state Democratic Party. She is smart. She is ambitious. She is the first Afghan American ever elected to public office in the United States.

That she echoes the strength and fortitude of progressive darling, New York Congressmember-elect Alexandra Ocasio-Cortez, is not exactly by design, but its clear. Wahab’s inauguration speech earlier this month was like none ever heard in these part over the past decade. It was defiant. It was a warning to Hayward, the most entrenched status quo city in the entire East Bay that positive change is coming. I guarantee you the speech scared her council colleagues, the special interests that have sucked the life blood out of Hayward for decades, and those who believe they are destined to be the next assemblymember. 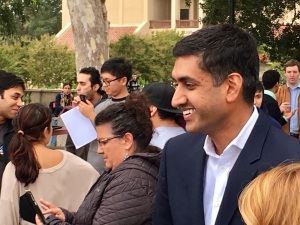 In a similar way, the year belonged to Rep. Ro Khanna. While his congressional neighbor, Rep. Eric Swalwell, unleashed an avalanche of biting, sometimes pithy, tweets skewering President Trump and his cronies, not to mention, incessant appearances on cable news to animate those tweets, it was Khanna who showed who he is the congressional official who represents the intellectual and progressive underpinnings of the East Bay.

Simply put, Khanna’s year was meat on the bone, as opposed to the diet of Twinkies that Swalwell brought to the table. There was once doubt about the depth Khanna’s progressiveness. No more.

Khanna made a number of wise early moves that played out perfectly for him. His early opposition to the U.S. military support of the Saudi-led war in Yemen was not on the radar a year ago. His push, along with others, to question the powers of the president to authorize military aid caught fire. Then it became a front page issue after the brutal murder by the Saudis of journalist Jamal Khashoggi.

He then aligned himself with Sen. Bernie Sanders just as the progressive icons star is still strong but also appears to be waning. A call for Walmart and Amazon to pay its workers a higher wage was ultimately successful, and likely put Khanna’s name in the back of the mind of progressives across the county as a possible successor to Sanders’ movement.

But more than just putting his name to progressive touchstones, what made Khanna the real deal in 2018 was his ability to go further left than most might be comfortable. If the political spectrum is in fact circular and not flat, then there is no denying either end–be it progressive or far right–at some point, nearly meet. First, acknowledging last year that he could support working with Trump for funding on transportation and infrastructure was a good start.

This year, while others in the center and left, decried Trump’s strategy of engagement with North Korea, Khanna, instead, was supportive. Just last week, Khanna voiced similar, although, somewhat tacit support for Trump’s plan to begin pulling troops out of Syria and Afghanistan. Progressives, like Trump’s ardent supporters, want the wars in the Middle East to end. Progressives want the money used for war to be transferred stateside for rebuilding roads and bridges, and improving education.

For the progressive movement in the East Bay grow and strengthen, it needs to adapt. It needs to acknowledge the working class folks that latched onto Trump simply out of despair for their current situations. In Wahab and Khanna, we are seeing the future. One that eschews local leadership like the Libby Schaafs and Eric Swalwells of the political world, elected official that can only be described as progressive anywhere else in the country, but not the East Bay. People here want change for working people and minorities, and simply a place to live, not the cosmetic version of change that is pitched endlessly even in the dark blue East Bay.