Rep. Eric Swalwell’s declaration last weekend that he would not seek re-election to his seat in the 15th Congressional District if he chooses to run for president set off bewilderment among East Bay officials and politicos over why he would give up a safe seat absent a path to success in the presidential primaries.

There is near unanimity among Alameda County Democratic Party leaders who seriously question his expected entrance into the large field of challengers to President Trump. But Swalwell also faced widespread opposition from many of the same people when he challenged 40-year incumbent Pete Stark in 2012. That result ultimately became one of the biggest upsets in East Bay political history.

But the next pressing question, if Swalwell runs for president, is who will replace him in Congress? The list of possible names is large, perhaps due to the lack of a bench in this part of Alameda County. One name though has emerged as a likely frontrunner–Democratic State Sen. Bob Wieckowski.

Internal talks among local party officials preceded Swalwell’s comments to the Washington Post last Friday about his currently thinking about both potential campaigns in 2020, according to a source with knowledge of the informal discussions.

A short list is headed by Wieckowski, whose 10th Senate District covers most of the congressional district outside of the Tri Valley. Wieckowski previously served in the assembly and on the Fremont City Council. Wieckowski and Swalwell share the same political consultant, Lisa Tucker.

Wieckowski is popular among Alameda County Democratic leaders, if not for his legislative record, but his off-beat personality. He would have the inside track to receive the Democratic Party endorsement, if the seat is available.

However, Wieckowski is not the greatest public speaker and it will be a question whether he can attract support in the Tri Valley. One reasons, among many, Swalwell won in 2012 was that Stark was too progressive for the Tri Valley, and like Wieckowski, never before represented the area.

It might appear unimaginable that someone like Wieckowski could climb the ladder to Congress without strong legislative skills, but it also highlights CA-15’s weak bench of future candidates, especially the Hayward, Tri-Cities portion of the district.

It may be a reason why Oakland Assemblymember Rob Bonta’s name has come up as a possible candidate to replace Swalwell, even though he does not live in the district. Congressmembers do not need to live in the district they represent, but doing so runs the risk of being labelled an opportunist, or a “carpetbagger.” According to a source, Bonta’s name is being discussed within the party. If Bonta were to enter the race, it would likely mean Wieckowski is not in the field. 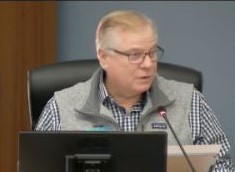 Alameda County Supervisor Scott Haggerty, right, could be a contender. His district covers roughly the same area as the 15th District. Over the years, Haggerty has privately boasted he is the only person in the district who could possible unseat Swalwell. Haggerty, though, is up for re-election to the Board of Supervisors in 2020. A run for Congress would put his seat, which he’s held since 1998, at risk. Furthermore, despite his two decades in government, Haggerty has never faced a primary challenger, raising questions whether his campaign skills would be anywhere equal to his experience in government.

Catharine Baker, pictured left, the Republican Tri-Valley assemblymember who was upset by Democrat Rebecca Bauer-Kahan last November, is an intriguing name to emerge in recent days. Baker is well-known to voters in Dublin, Pleasanton, and the portion of the 15th Congressional District that veers into Contra Costa County. Running as a Republican isn’t likely to help a potential Baker candidacy, but what if she becomes a Democrat? She was already labeled a centrist Republican who is pro-choice, anti-gun, and not a fan of President Trump. Aside from Bonta, Baker might be the best campaigner in the bunch and her centrist policies already work well in the Tri-Valley and might sound appealing to voters in Fremont.

The expanded list of potential suitors for Swalwell’s seat is a mixture of former officials and local elected leaders. Among the names bandied about is former State Senate Majority Leader Ellen Corbett, who ran against Swalwell in 2014. It’s unclear whether Corbett still lives in the district, though, and she showed interest recently in becoming Chabot-Las Positas Community College chancellor. Former Dublin Mayor Tim Sbranti is another possibility. He currently serves on Swalwell congressional staff.

Swalwell’s challengers from 2018, Republican Rudy Peters and Brendan St. John, an independent, could also be in the mix. Absent someone like Baker in the race, a Republican has shown the ability the win roughly one-quarter of the primary vote in recent years, a potentially sizable amount were the primary contain a large field of roughly equal Democrats. 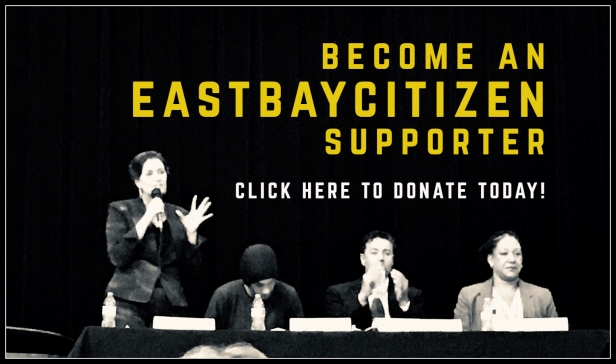 8 thoughts on “If Swalwell runs for president, who might replace him in Congress?”