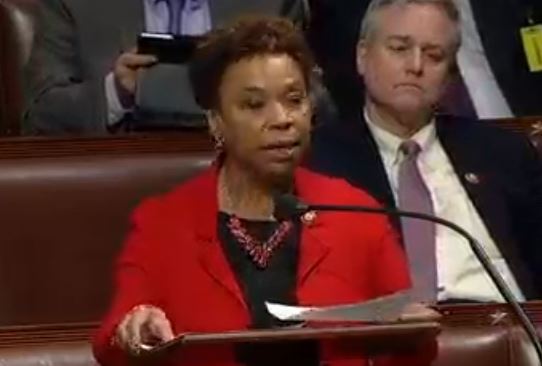 Sensing Congress may be in the mood to curtail President Trump’s war powers, East Bay Rep. Barbara Lee once again introduced legislation to repeal the 2001 authorization for war in Iraq, which she famously voted against.

“For far too long, Congress has abdicated its constitutional responsibility to debate and vote on matters of war and peace,” said Lee, in a statement on Thursday.

“It’s time to stop kicking the can down the road. Congress owes it to the American people – and our brave men and women in uniform – to do our job and repeal this blank check for war.”

Yesterday, the House of Representatives, led by fellow Bay Area progressive Rep. Ro Khanna, passed a war powers resolution calling for the U.S. to withdraw military support for the Saudi Arabia-led coalition of forces fighting the destructive war in Yemen.

It was first time Congress had reaffirmed its power to authorize military action since 1973. Lee was a co-sponsor of the resolution.

The vote signaled Congress’ continued uneasiness for giving Trump seemingly boundless power to wage war. The notion of “endless war” was a sentiment Lee expressed while casting the lone vote against the Authorization for Use of Military Force (AUMF) in 2001 that allowed President George W. Bush to wage wars in Afghanistan and then Iraq.

Lee has introduced a repeal of the AUMF on numerous occasions in the 18 years since its passage, but with no success. Some movement, however, came in 2017 when a Republican-led House Appropriations Committee unexpectedly accepted an amendment from Lee calling for a repeal in a defense spending bill.

But then-House Speaker Paul Ryan later stripped the amendment from the final bill. Lee called the move “a slap in the face to the democratic process.”

Márquez, Zermeño back charter school candidate for county Board of Education