Hayward Councilmember Aisha Wahab is the first of potentially a large field of candidates vying for Eric Swalwell’s seat in the 15th Congressional District now that he’s running for president. Her announcement Friday sets the tone and amounts to a checkmate against her likely strongest opponent, state Sen. Bob Wieckowski, who reportedly began telling Alameda County officials, as late as yesterday, that he is officially running for the seat, but he has not made an official rollout. Wahab, meanwhile, had a platform ready for public consumption, in addition, to an actual campaign logo. Being the first in the race quickly pivots off of Swalwell’s high-profile announcement this weekend. For Wahab, it’s helped ignite, within just the few hours of her announcement, a significant amount of positive buzz in the district. It is difficult to imagine Wieckowski garnering anywhere the same type of attention Wahab can attract. The buzz factor in this race could be important in terms of the expected fundraising disparity that may occur.

Wieckowski is expected to parlay his traditional Democratic Party connections into a fundraising advantage over any candidate in the field. But unlike many establishment candidates seeking higher office, Wieckowski won’t come into this race with an initial influx of money transferred from his previous campaign accounts. Through the end of last year, Wieckowski reported a cash balance of only $1,521. Labor unions and special interests groups will invariably pitch in greatly over the next few months. But here’s why money won’t may not be a deciding factor in this race, when it comes only to Wahab. Her story is catnip for political reporters not just in the Bay Area, but nationally. The kind of media attention Wahab will received could be worth more than $500,000. Wahab is going to get attention over the course of the campaign from the Washington Post, New York Times, Politico, and just about every other major East Coast outlet. The West Coast Alexandria Ocasio-Cortez angle. The next in line to join the growing number of young, Muslim Americans in Congress angle. The millennial angle. How much attention will Wieckowski receive from the media? Maybe a few articles in the East Bay Times and  short segments on local television. But even then, the impetus for the coverage will the race, and always include Wahab. 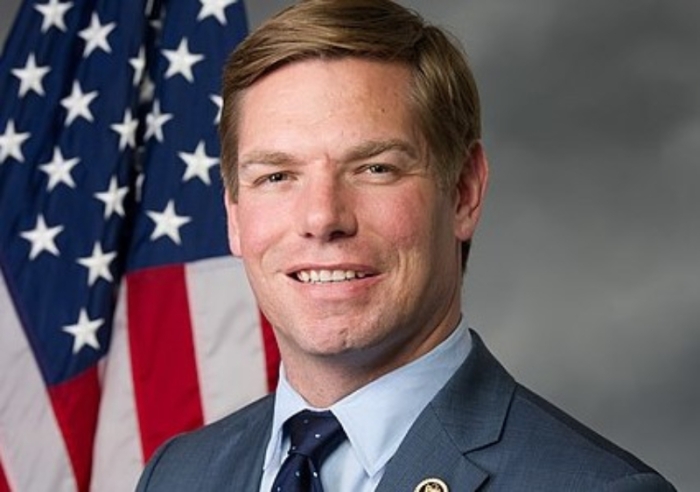 3. What if Swalwell re-enters the race?

But what if Swalwell’s presidential campaign tanks and he decides to win back his congressional seat? For Wieckowski, this poses a problem. He’s the establishment candidate whose fortunes in this race is predicated on the full force of the local party backing his effort. Recall, Wieckowski could even win a seat on the Fremont City Council until then-Assemblymember Alberto Torrico took him under his wing. Wieckowski then climbed the establishment’s staircase to the assembly and state senate. It’s difficult to see Wieckowski, with the party’s support returning to Swalwell, having a chance against Swalwell. Swalwell and Wieckowski also share the same political consultant, Lisa Tucker. Wahab, however, doesn’t have much to lose in this race. By merely putting up a strong fight against Swalwell, if he ever re-enters the congressional race, she sets herself up nicely for Assemblymember Bill Quirk’s seat once he terms out in 2024, and also Wieckowski’s termed out state senate seat in 2022. If she were to choose to stay in Hayward, the mayor’s office would assuredly be hers in 2022. In the end, it would be extremely difficult to defeat Swalwell, unless he is badly bloodied by the presidential campaign. But then again, if he is bloodied, it will only mean his presidential campaign is catching fire..

4. A progressive split in the making

A Wieckowski versus Wahab race also has two recent analogs in local and state political history. Like the brutal race for chair of the California Democratic Party last year between Eric Bauman and Kimberly Ellis, this matchup could create a rift in the party. Wieckowski, like Bauman, is the dutiful establishment candidate known by almost every party insider. Wahab, like Ellis, is the young female upstart pushing for the party to change with the times. Think also of the Hillary Clinton and Bernie Sanders split between progressives. When it comes to Wahab’s candidacy, there is also some foreshadowing emerging that reminds some of the institutional push back Swalwell received when he ran against 40-year congressional incumbent Pete Stark in 2012.

It’s part of local lore that Alameda County Democratic Party leaders attempted to dissuade Swalwell from challenging Stark. And when he would not relent, they worked vigorously to undercut his campaign. Telling Swalwell to “wait his turn,” is exactly what some have suggested to Wahab. She was elected to the Hayward City Council last November. Swalwell also ran for Congress after joining the Dublin City Council. In Alameda, Rob Bonta did the same, by running for the assembly. What’s different about Wahab’s short time on the Hayward City Council, as opposed to Swalwell and Bonta’s early years, is her furious attempts to fix the struggling city. Her push for action has undoubtedly rankled the status quo, while making her a hero for those who have long felt disaffected by the city’s establishment. The perception in Hayward that Wahab is their only voice in government is growing. The exact sentiment has been uttered often by residents during numerous city council public comment periods. But, expect an attempt from party apparatchiks to recruit candidates that could possibly edge Wahab out of the top two primary next March. Possibly another Muslim American candidate (San Ramon Councilmember Sabina Zafar?) and a Hayward councilmember (Sara Lamnin or Elisa Marquez) are possibilities.

Like Loading...
‹ City Hall Tip Sheet: April 12-18 – Oakland’s Measure AA: To tax or not to tax?
Swalwell kicks off presidential campaign in Dublin ›