The move follows 15th District Rep. Eric Swalwell’s announcement Monday that he is running for the Democratic presidential nomination. Swalwell said earlier this year that he would not seek re-election to the Tri-Valley, Hayward, Tri-Cities seat, if he ran for president.

“The East Bay and Tri-Valley regions are changing rapidly and many people are struggling to find affordable housing and keep pace with the rising cost of living. We live in one of the wealthiest regions of the country, yet many people in our community cannot afford to see a doctor when they are sick or stay in the area. We can do better than this,” Wahab wrote in an email Friday morning to supporters. “And if I am elected, I will fight to address these challenges.” 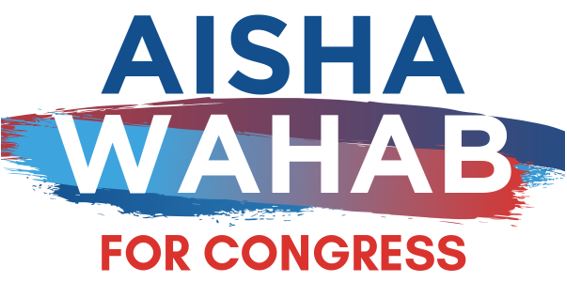 Last November, Wahab, 31, along with a New Hampshire state representative, became the first-ever Afghan Americans elected to public office. Her story of losing both parents at an early age and growing up in foster care resonated with many.

Once in office, Wahab moved at an unprecedented pace. She issued council referrals at a series of meetings over a three-month span that rattled Hayward’s status quo. Proposed legislation included an “Equal Pay for Equal Work,” ordinance, a direction to study solutions for alleviating the rental housing crisis in Hayward, and mental health training for the city’s police officers, following the shooting last November of 29-year-old Lathrop man by Hayward Police.

Wahab’s early entrance into the race is likely to break a logjam of prospective candidates, some weighing whether they can mount a successful campaign, but also those skeptical about Swalwell’s intentions for running for president. Despite Swalwell’s comments about giving up his seat, a number of insiders in Alameda County question whether he will eventually jumped back into the congressional race before the filing period ends in late December.

3 thoughts on “‘I’m in’: Aisha Wahab to seek Swalwell’s open seat in Congress”