The Chabot-Las Positas Community College Board of Trustee made its second appointment in the last three months with the appointment of Maria Heredia to replace trustee Donald “Dobie” Gelles, who passed away on May 2. 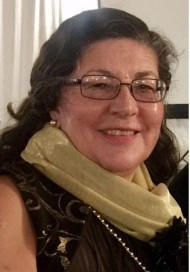 Heredia, pictured right, is a Castro Valley resident, and a retired chair of the counseling department at the City College of San Francisco. She has over 40 years of experience in education and once was employed by Chabot College.

The District 4 seat Heredia will now occupy is centered in Castro Valley and a portion of Oakland. She will serve as an appointee for Gelles’ current term, through the end of next year. If she chooses, Heredia can run for a full four-year term in the November 2020 General Election.

Ten applicants sought the appointment before the Chabot-Las Positas board selected Heredia last week. She will be sworn-in on July 16.

The board has unfortunately become efficient at making quick replacements to its ranks this year. Last February, long-time Tri-Valley trustee Carlo Vecchiarelli announced his retirement from the board due to health reasons. Former Dublin Mayor Tim Sbranti was appointed to replace him in April. Like Heredia, Sbranti can run for a full term in November 2020.

The feeling of flux at the community college district also extends to the continuing process for finding a permanent chancellor. Earlier this year, the search again stalled, leading to a third appointed interim chancellor since last fall.