An estimated $17 million budget shortfall in Hayward is attracting yet another bargaining unit to agree to cost-saving cuts. This time the Hayward Police Management Unit, which represents the department’s three police captains, has agreed to 80-hour unpaid furloughs for the upcoming fiscal year. 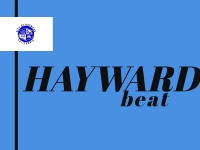 The cost savings to the city is $37,056. The concession comes on the heels of a number of agreements by city administrators, the city council, and firefighters, to lower the city’s ballooning expenditures in the face of quickly evaporating revenues due to the pandemic.

The Hayward City Council will discuss the furloughs at Tuesday night’s meeting.

A flurry of additional concessions could also be on the horizon. The Hayward City Council has met in closed session negotiations with several of its bargaining units recently, and with more to come this week.

Unrepresented exempt and non-exempt employees have also agreed to either forego cost-of-living increases or accept 80-hour furloughs. Most of these employees chose the latter, according to city staff reports. The cut in pay is roughly four hours per paycheck and will save Hayward $169,458 in costs to the General Fund and $235,946 in total savings, staff said.

However, under the agreement, also before the City Council on Tuesday night, the unrepresented employees could receive a one-time, lump-sum payment if the some of the city’s economic indicators show a more healthy fiscal outlook than expected.

“If we’re really going to pull through this together, and do what’s in the best interest of our community and the people we serve, we’re all going to have to give and take,” Councilmember Elisa Marquez said.

Hayward officials, however, estimate the loss of revenues due to covid-19 will force the council to use roughly half of its $36 million General Fund reserves to balance the current fiscal year budget by June 30. A full budget presentation by the city is expected to be offered at the June 2 council meeting.

CITY COUNCIL NOTES… A week after Hayward Councilmember Aisha Wahab urged Mayor Barbara Halliday to place a resolution on the council agenda to condemn reported acts of racism toward Asian Americans, the council approved such a proclamation on Tuesday. The item also acknowledged May as Asian American Heritage Month….

The council weighed-in on a Racial Equity Action Plan presented Tuesday night.  But the likelihood of the city hiring a chief equity officer may be “aspirational,” because of the economic downturn, and possibly a few years away, Hayward City Manager Kelly McAdoo said…

Hayward’s covid-19 testing site, now at Cal State East Bay, administered its 10,000 test this week, the city reported on Wednesday. The number amounts to nearly 20 percent of all tests given in Alameda County since March. Hayward planned to shut down its testing center in mid-May because of its growing city budget deficit. But the site will continue through June 1 after partnering with the Eden Health District. McAdoo added the city is working to extend the testing center through next month…

Hayward’s commissions have a number of openings, McAdoo said. They include  12 vacancies on the Keep Hayward Clean and Green Task Force, two on the Community Services Commission, and one apiece on the Personnel Commission and Planning Commission. Contact the City Clerk’s Office for details. The deadline for applications is June 30…

Marquez said she is getting numerous inquiries from residents about the county’s plans to reopen churches, mosques, and synagogues. State guidelines for the opening of places of worship were offered recently, but Alameda County has consistently been far more conservative about loosening its shelter in place orders…

Wahab is asking for more considerations to be given to the cannabis industry in Hayward. She asked to expedite the process for approving cannabis businesses, while aiding those already approved, but not fully operational. A second round of cannabis applications is coming, McAdoo said. She noted some previous restrictions for approval are being relaxed.