San Leandro business owner Dan Dillman has brought well-known music acts to his theater on a once bustling portion of East 14th Street, spotted UFOs hovering over the city, and faced his own share of controversy. Four years after an unsuccessful campaign for mayor, Dillman is mounting another run for San Leandro mayor.

This time based, in part, on Aristotle’s “Golden Mean,” he said, the philosophy positing virtue is found between two extremes.

“I like Plato and Socrates and Aristotle’s Golden Mean. So, now I’m very centered and I’m looking to share that centered perspective,” said Dillman.

During the 2014 mayoral campaign for the open seat later won by Pauline Russo Cutter, Dillman said the renaissance he lead at the Bal Theatre, along with the city’s help, could turn a strip of East 14th Street near Lewelling Boulevard into an entertainment hub. The idea could also be applied to redeveloping other moribund sections of San Leandro, he added. 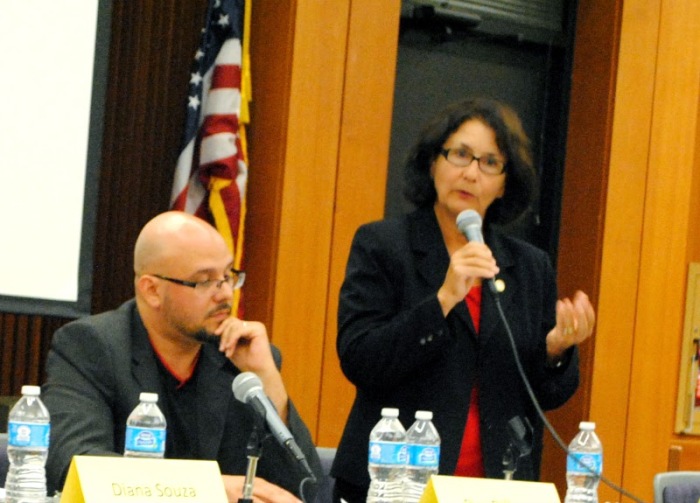 Dillman said his platform for the fall is based on “desire and imagination.” His campaign website lists three objectives: limiting increases to the city’s unfunded liabilities, “housing health and food,” and creating a citizens-led community oversight committee to be public watchdogs of city officials and city employees.

“It’s about breaking out of the box because anyone who is in the box, cannot think outside the box,” he continued. “We’re going to present ideas that are so great that whether I win or not, they should be absorbed. San Leandro wins, regardless.”

Few candidates in the East Bay have a more interesting personal profile than Dillman. He once managed R&B artist Ralph Tresvant and once appeared on the popular UFO program “Ancient Aliens.” But in 2012, Dillman served 120 days in county jail following a high-profile arrest for assaulting two plainclothes Alameda County sheriff’s deputies in front of his theater.

Dillman claimed the officers, who arrived at the theater to speak with a man doing maintenance work inside, never identified themselves to him. In addition, there had been recent cases in the area of crimes being committed by people impersonating police officers. Dillman took his case to the local television news and, perhaps, because of the curious circumstances surrounding the incident, his jail time did little to sully Dillman’s reputation in the community.

Reynoso doesn’t have Hayward USD to kick around anymore; school board begins search for replacement