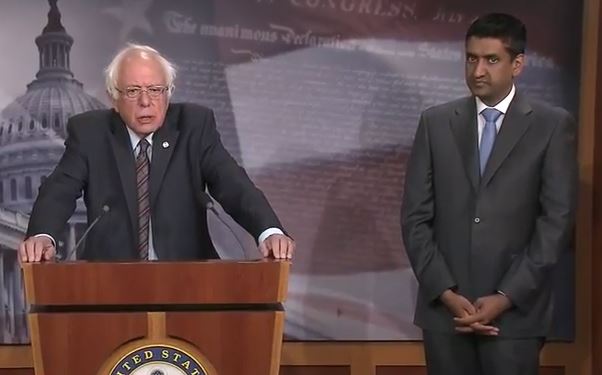 The House of Representatives approved Thursday a second War Powers Act resolution calling for the end of U.S. military involvement in the Saudi-led war in Yemen. The vote was 247-175.

The U.S. Senate approved a similar resolution last month. Thursday’s vote marks the first time since the War Powers Act was created in the aftermath of the Vietnam War that both the House and Senate have approved such a measure.

Rep. Ro Khanna and Sen. Bernie Sanders–both have led the effort to extricate the U.S. from the Yemen War–issued a joint statement after Thursday’s vote. “Today, the U.S. House of Representatives took a clear stand against war and famine and for Congress’ war powers by voting to end our complicity in the war in Yemen.”

President Trump, however, has said he will veto the joint resolution.

On Feb. 13, the House approved Khanna’s Yemen resolution by nearly the same tally, 248-177. But since an amendment denouncing anti-semitism was added by Republicans at the last moment, the resolution lost its privileged status under the act, according to Roll Call.