Howard Kerr, a former San Leandro councilmember who led the effort to implement speed bumps in the city, and later served as a member of the Oro Loma Sanitary District for 29 years, died Jan. 2. He was 96. "Howard was the consummate gentlemen. He was pleasant whether he agreed with you or not," San … END_OF_DOCUMENT_TOKEN_TO_BE_REPLACED

Tony Santos, a former San Leandro mayor, stalwart progressive and friend of labor, who lead the once-segregated city toward a more equally diverse future, died Monday afternoon. He was 86. Santos had been in declining health for months and passed away at his San Leandro home of over 50 years. Santos goes down in San … END_OF_DOCUMENT_TOKEN_TO_BE_REPLACED 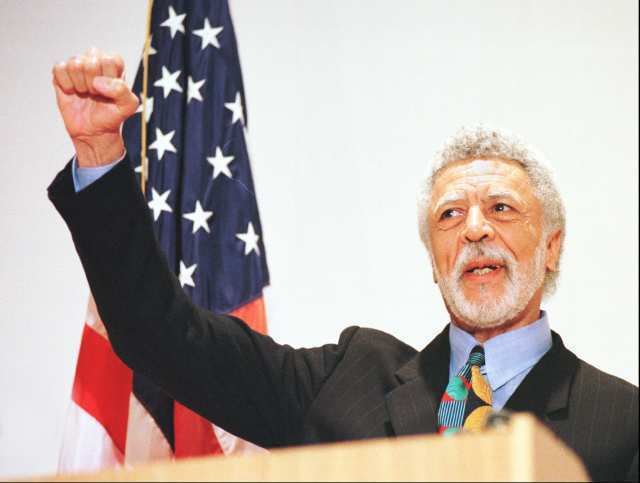 Dellums, one of the East Bay's most influential public officials ever died Monday following a bout with prostate cancer.

Joseph Hilson served on the Hayward CityCouncil from 1992 to 2004.HAYWARD CITY COUNCILJoseph Hilson, a three-term Hayward councilmember, who was an early adopter of technology in local government, has died.Hilson was elected in 1992 and served through 2004, before he was defeated in a watershed Hayward council election."He was a pleasure to work with and … END_OF_DOCUMENT_TOKEN_TO_BE_REPLACED

Harbor Bay Isle developer, Ron Cowan, passed away Jan. 11.APPRECIATION | In 2014, I was commissioned to write a short history of Ron Cowan's life and the building of Alameda's Harbor Bay Isle. Cowan passed away on Jan. 11, at age 82. Over the span of nine months, I listened to hours of stories about his … END_OF_DOCUMENT_TOKEN_TO_BE_REPLACED