David Bonaccorsi, the former Fremont councilmember who lost his seat during last month’s election, admitted to violating the state’s Election Code by failing to report income of $10,000 or more to his law firm on four separate occasions.

The complaint against Bonaccorsi was lodged on Aug. 31 by his council opponent, Jenny Kassan (pictured below), who went on to win the new District 3 seat.

In a stipulation agreement this week with the Fair Political Practices Commission (FPPC), 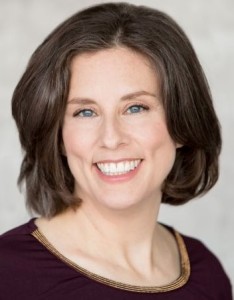 Bonaccorsi admitted to failing to report income on his Form 700 Statement of Economic Interest documentation in a timely fashion.

The violations occurred in 2013 and 2014, when he served on the Fremont Planning Commission; and 2016 and 2017 when he served as an appointed member of the Fremont City Council. Bonaccorsi also waived his rights to an administrative hearing and agreed to pay a modest $400 fine.

Furthermore, the FPPC found no evidence that Bonaccorsi showed intent to conceal any pertinent information from his Statement of Economic Interest filing. The form is intended to inform the public whether a public officials might have an economic conflict-of-interest when taking a vote.

In this particular case, Kassan alleged Bonaccorsi’s law firm, which he is a partner, had received payments from at least two developers. “I’ve been scrupulous in my reporting,” Bonaccorsi said in an interview last September after the complaint was filed.

But the FPPC found no evidence that Bonaccorsi had a conflict of interest resulting from the violations. Bonaccorsi has also amended his previous Form 700s, according to the FPPC.

The complaint was the first of several difficult moments last fall in Bonaccorsi’s ultimately unsuccessful bid for a return to the Fremont City Council.

Video of Bonaccorsi struggling to retrieve one of his mailer caught inside a metal door while canvassing door-to-door was captured by a doorbell camera and uploaded to YouTube. Bonaccosri later poked fun at himself, the notoriety was both embarrassing and lighthearted.

A decision by Bonaccorsi just prior to the Nov. 6 election to send voters a letter from his campaign using the city’s official logo again raised questions about his judgment. Using the Fremont logo runs the risk of suggesting to voters the city is acting in a partisan manner.

The Fremont City Attorney’s office quickly rebuked Bonaccorsi and demanded he retract the letter, which he did. Kassan won the three-person race with 53 percent to Bonaccorsi’s 37 percent.